Storm Arwen decimated running events in the North-East over the course of last weekend, with only one of the regional parkrun events, Riverside parkrun at Chester-le-Street, going ahead.

Further afield, John and Tracey SURTEES completed the Burgess parkrun, which took place on the tarmac paths around Burgess Park in Camberwell, London. John was the second finisher on the day, in a time of 16:53, and Tracey was the third female across the line in 20:49.

Not even Storm Arwen could prevent the latest cross-country (XC) fixture in the Start Fitness North-Eastern Harriers League (NEHL) taking place on Saturday afternoon. The Club were able to field a complete team in the Senior Men’s race, which took place on the lumps and bumps around Aykley Heads in Durham. The weather was a far cry from the positively tropical conditions that greeted runners at the initial fixture at Wrekenton in September, as the wind and snow ensured Members were subjected to a cold November afternoon, with muddy conditions underfoot.

First home for the Club was Club Captain, John FIRBY, in a time of 44:48 (a net time of 42:13, after starting from the mid-pack). John’s finishing position of 46th ensured that he will start from the Fast Pack for the remaining NEHL XC races this season. 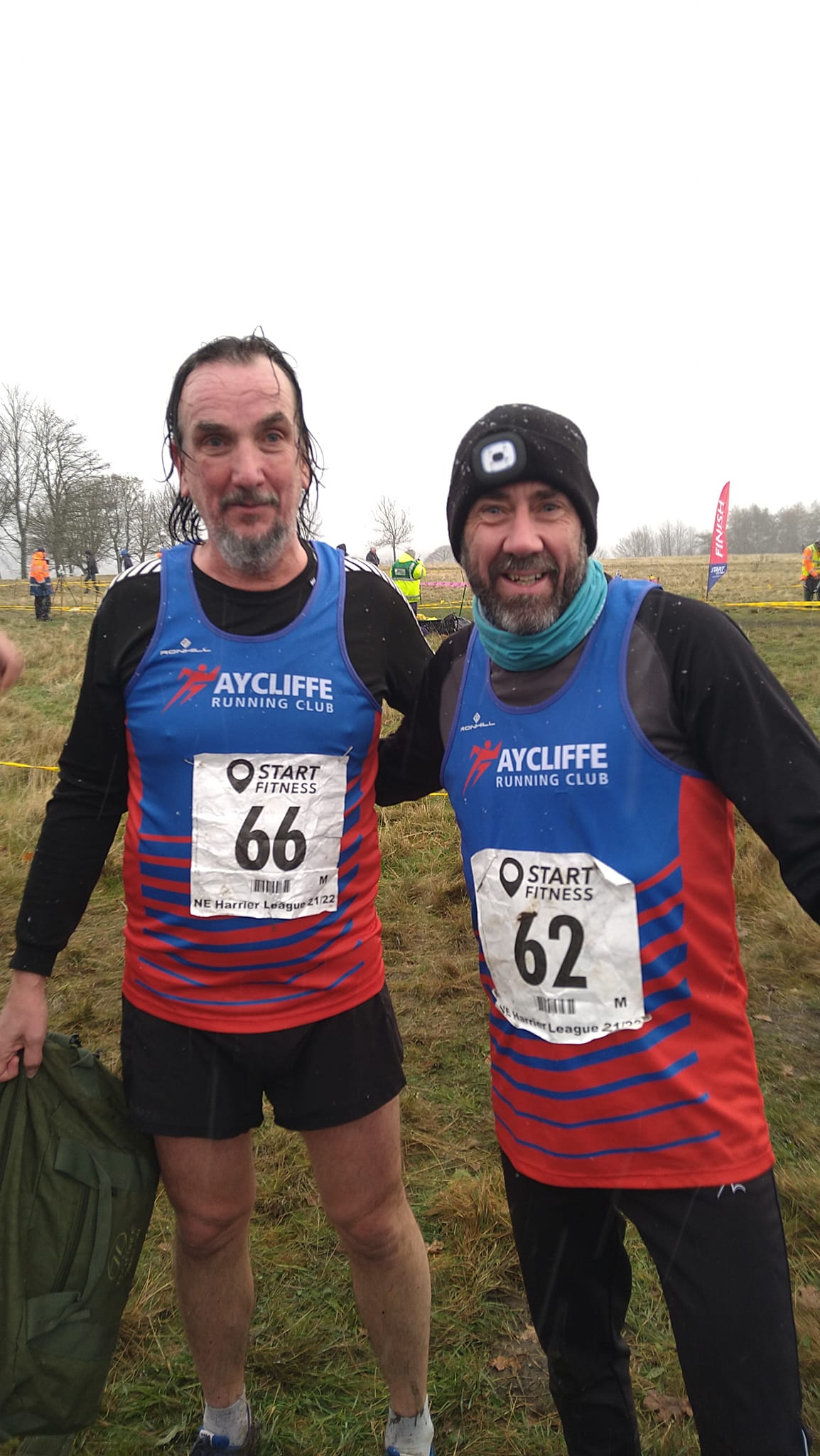