We start this week’s round up with a whizz around the parkruns on Saturday morning. Thirty-three Members took on the weekly 5K run, with the Club represented at the Hackworth, Hamsterley Forest, Jubilee, Sedgefield, Silksworth and the Town Moor events. Mel ROWLAND had a great run at Sedgefield parkrun, bagging herself a new best time for the event (27:48), and Eve DOE also set a new Personal Best (PB) at Hackworth parkrun (31:55).

Sunday began with the latest race in the Club Championship, the Middlesbrough 10K, and there was a healthy turnout from the Club with crucial points up for grabs. First to cross the line was Andy TALBOT in a time of 39:36. Andy also placed first in his Age Category (MV60).

Dave BLEWITT recorded his fastest 10K time of the year, finishing in 43:27, and Angela SUTHERAN was not too far behind, setting herself a new 10K PB of 46:20. Trish KAY was the next Aycliffe runner home, completing her run in 50:13, which was good enough to claim second place in her Age Category (FV60). 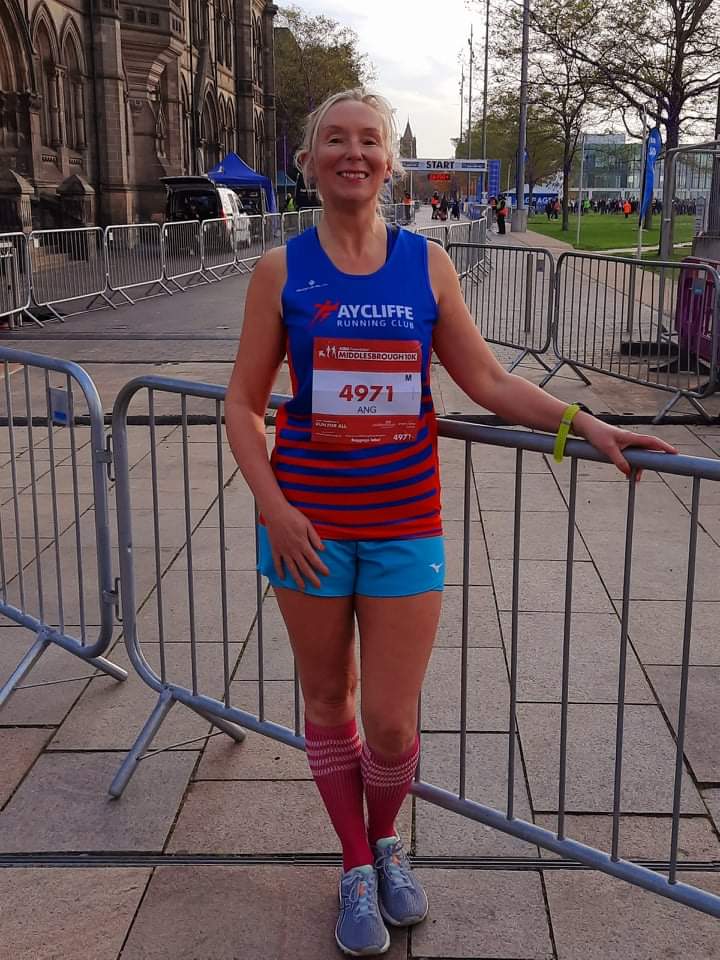 Sunday morning also saw the running of the Tommy 10K, a multi-terrain race along the coastline at Seaham, starting and finishing beside the Tommy War Memorial. First home for the Club was Robert YOUNG in a time of 43:41. Next across the line for the Club was Peter JARPS in 51:50, taking the bragging rights over wife Donna, who came home in 59:01. Our final runner home on the day was John YOUNG, in 1:00:11.

On Sunday afternoon two runners competed in the British Masters 5K Road Championships at Barrowford in Lancashire. The event draws a strong field, and features runners from all over the country. In the Women’s race Tracey SURTEES finished her run in 19:48, and in the Men’s event, Dez FIELDEN crossed the line in 17:40.