We start another busy week on Saturday morning at the Beamish Hall Trail 10K, hosted by Wild Deer Events, where Jane EVANS turned out for the Club, completing the tough off-road race in a time of 1:17:56.

Despite there being plenty of races on the calendar, twenty-three Members opted to start the weekend with a parkrun, with the Club represented at the Chevin Forest, Darlington South Park, Hackworth, Hartlepool, Rother Valley, Town Moor and Sedgefield events.

Two Members came away from parkruns with a new Personal Best (PB) for their respective event, with Michelle ZAMIR setting herself a new fastest time at Chevin Forest parkrun (26:33), and Craig ROBINSON improving on his best time at Hackworth parkrun (25:05).

Elsewhere on Saturday, several Members headed to the Lake District to participate in the Coniston 14, reputed to be the most beautiful road race in Britain, taking in the perimeter of Coniston Water. First home for the Club and finishing second in his Age Category (M40) was Trevor DIXON, in a time of 1:33:33. Jayne RUDD was our first lady home, completing her run in 2:32:51. Sam BARONOWSKI and Penny JOHNSON crossed the line in 3:05:50, having ran the distance together, and Jan McLUCKIE finished her race in 3:29:04. 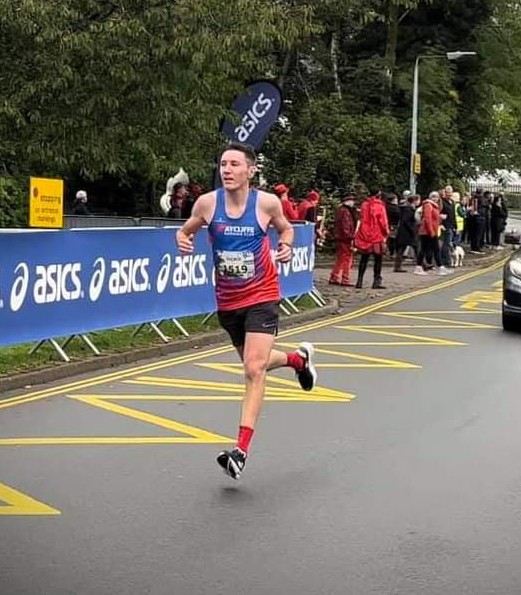 Sunday saw Members scattered across the country. Two runners headed to the Silverstone Motor Racing Circuit for a unique opportunity to run on the iconic track. Taking on the Run Silverstone Half Marathon, Carley COOPER continued her impressive year by registering a new PB for the distance, completing her run in 2:00:18. Chasing his son around the track, but not quite catching him, Richard TONGE registered a very respectable time of 59:34 in the 10K race. 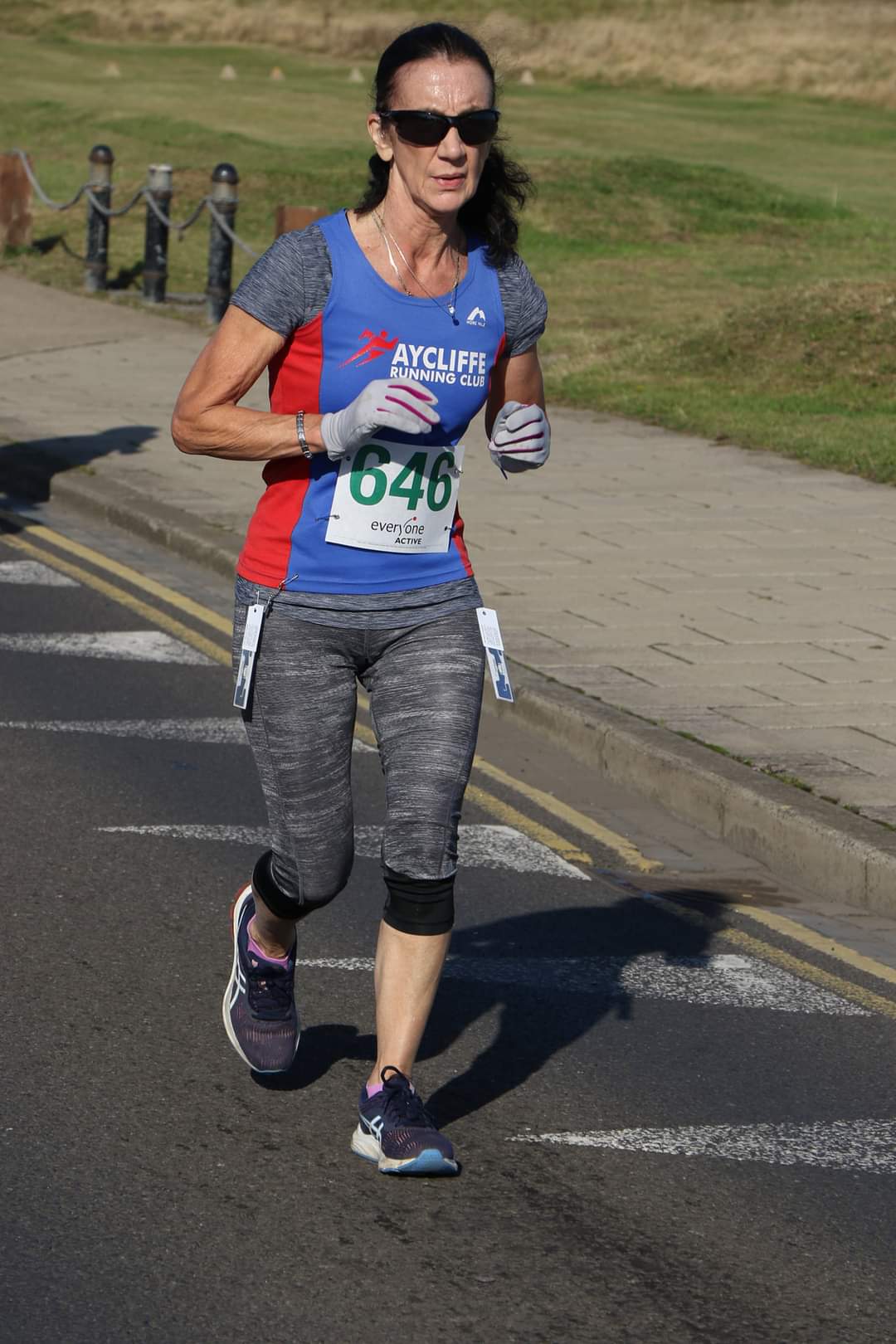 Three Members plumped for the Half Marathon race, and Dez FIELDEN was the first of our runners across the line in a time of 1:24:17, which was good enough to claim the M45 prize.

Following Dez home was Andy TALBOT, in 1:30:13, and in doing so took second place in the M60 Age Category. Dave BLEWITT completed the Club’s representation in the race, finishing in 1:52:02.

Manchester is our next stop, where several Members were taking on the marathon in probably the biggest race of the weekend. Gareth KYLE had a fantastic run in his first marathon, completing the course in 3:21:40. 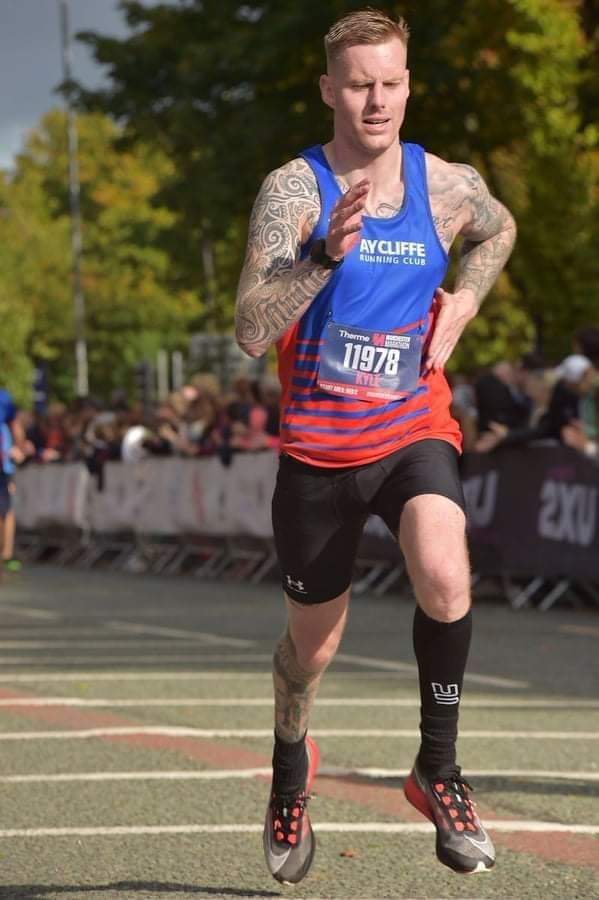 Nicola INGMAN and Steph COLVIN ran the race together from start to finish, and it was only fitting that they both crossed the line in exactly the same time (5:15:52). 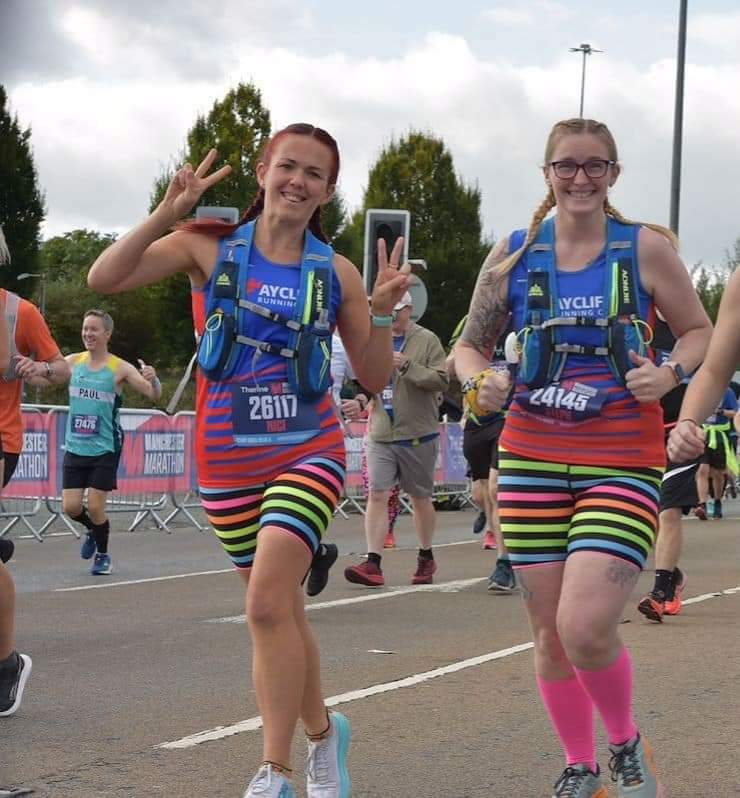 Finally, the second fixture in this year’s North-Eastern Harrier XC League took place at Druridge Bay on Sunday afternoon. Unfortunately, due to so many other race commitments, we were not able to field full strength teams on this occasion, however a few Members made the lengthy trip to represent the Club. In the Ladies race, Sandrine HEWITT completed the 6.4K course in 44:44, whilst in the Men’s race, which was 9.6K, Stuart JOYCE finished in 47:26, followed by Shaun DODD in 51:31.
If you have any queries about the activities of Aycliffe Running Club, please visit our website www.ayclifferunningclub.org.uk, or contact the Club’s Secretary, Donna, at ayclifferunningclub@gmail.com