Picking up where we left off last week, the finalised results of the Coxhoe Trail Run, held on 26th September 2021, have now been released. First home for the Club, and claiming maximum points in the Club Championship, was Andy TALBOT, in a time of 42:09, which was also good enough to place Andy second in his Age Category (M60). Craig Robinson was next across the line in 53:55, with Trish KAY not too far behind in 55:33. David STOTHARD finished the undulating trail run in just over the hour (1:00:04), with Eve DOE (1:07:25) and Ian STOTHARD (1:20:33) completing the Aycliffe contingent.

David and Ian STOTHARD were also in action on Wednesday, 29th September 2021, taking on the final race in the Darlington Trail Summer Series, the West Park 5K. David completed the race in 27:58, whilst Ian finished in 36:58. The pair were separated by Melanie ROWLAND, who crossed the line in 28:46.

Twenty-Two Members participated in a parkrun on Saturday, 2nd October 2021, with the Club represented at the Albert, Blackhill, Darlington South Park, Ferry Meadows, Hackworth, Lytham Hall and Sedgefield events. At Hackworth parkrun, Jayne RUDD recorded a new Personal Best for that course, registering a time of 33:45, whilst over at Sedgefield parkrun, Donna JARPS continued her recent improvement, posting a new PB for the event of 28:26.

The Kielder 10K also took place on Saturday morning in somewhat wet and soggy conditions. Kathleen TONGE was first across the line for the Club, finishing in 1:07:01, just pipping husband Richard TONGE, who finished in 1:07:20.

Sunday saw several Members taking on the classic marathon distance. Down in the capital, John SURTEES was the first Aycliffe runner to cross the finish line at the London Marathon, completing the 26.2 Mile distance in 2:54:59, setting a new Club Record in the M35-39 Age Category.

Stephen SUTHERAN was next home in a very impressive 3:39:09. Rob NICHOLSON ran his ‘last’ marathon (though we take Rob’s suggestion that this was his last marathon with a pinch of salt!), finishing in an extremely creditable 4:48:13, establishing a new Club Record for the distance in the M65 Age Category.

Up in Scotland, Richard CAMPBELL was also taking on a marathon, this time along the shoreline of Loch Ness. Richard had a fantastic run, completing the Baxter’s Loch Ness Marathon in 3:07:44. Whilst Richard was taking on the marathon, wife Donna CAMPBELL kept herself entertained participating in the River Ness 5K Fun Run (and keeping an eye out for Nessie!).

Kielder also hosted a marathon on Sunday, however it was the Half Marathon option that piqued Members interest, with several Members participating in the race. Richard HOLLAND crossed the line in 1:57:14, closely followed by Simon TURNER in 1:57:23. Susan REES completed the run in 2:02:05, with Team HEYWOOD (Mandy and John) running together, and both finishing in 2:26:04.

Sunday afternoon saw the first NYSD (North Yorkshire South Durham) cross country (XC) fixture of the 2021/22 season, with the race taking place at the Acorn Centre in Acklam. The course was mostly firm, taking in fields and woodland trails, though there were a couple of muddier sections to keep it interesting. First home for the Club in the Ladies Race, which took place over 3.5 Miles, was Michelle ZAMIR in a time of 28:08. Michelle was followed by Melanie ROWLAND in 31:36, Jayne RUDD in 33:18, Natalie SOMMERVILLE in 35:13, and Sandrine HEWITT in 35:34. 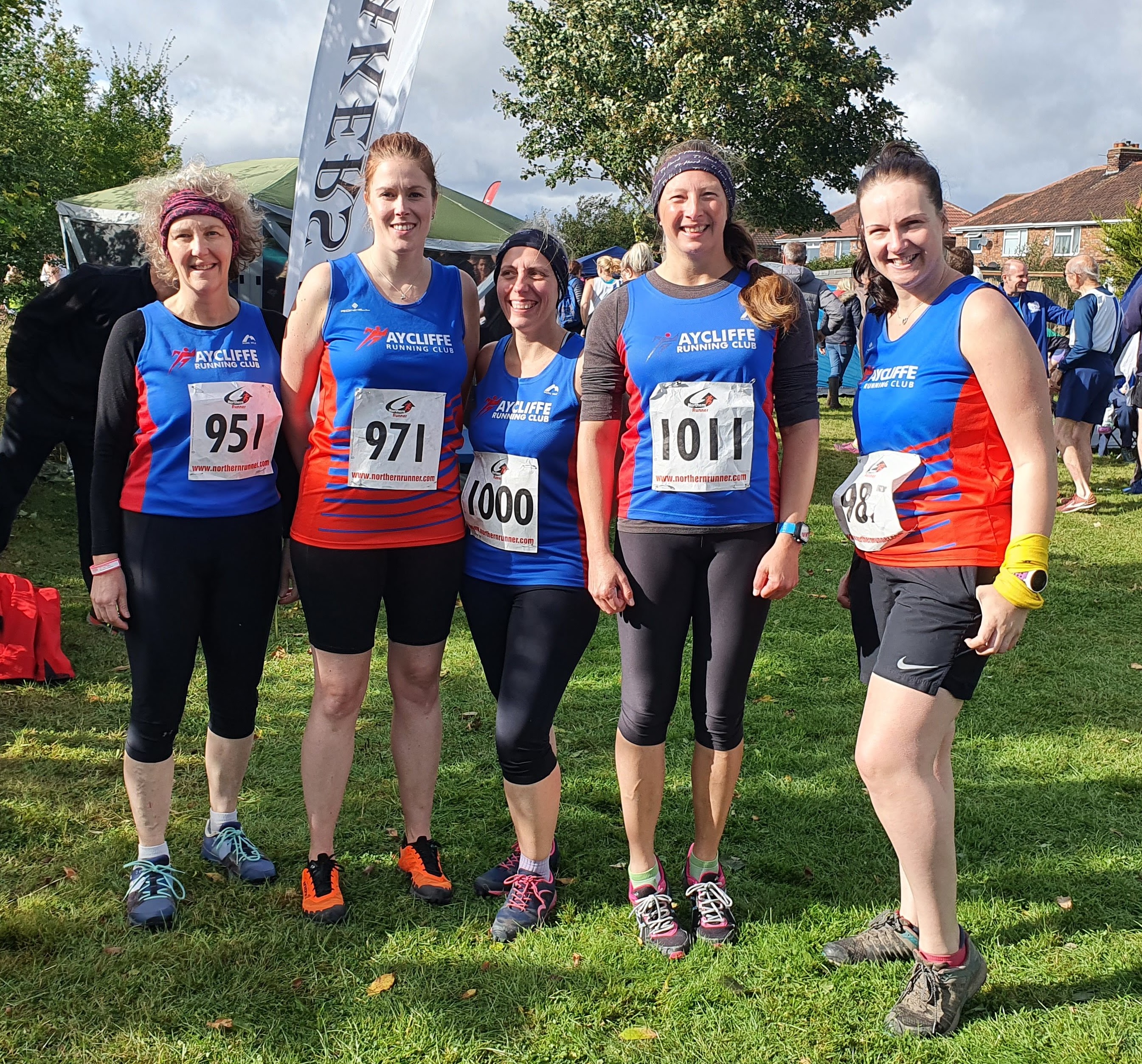