In what was a relatively quiet race week, thirty-two Members made it to a parkrun last Saturday morning. The vast majority of those opted for the pleasant surroundings of Hardwick Park in Sedgefield, although the Club was also represented at the Albert, Blackpool, Cheltenham, Darlington South Park, Hackworth, Hartlepool, Riverside and Wetherby events.

Two Members came away from Sedgefield parkrun with new Personal Best (PB) times for the event, with Melanie ROWLAND establishing a new PB of 28:13 for the course, and Donna JARPS improving her best time for the run around the park to 29:43.

Continuing his impressive recent form, Peter TENNICK also set himself a PB at Riverside parkrun in Chester-le-Street, crossing the finishing line there in 20:26.

Elsewhere, the Snape 10K also took place on Saturday morning. The race, which started and finished outside the Castle Arms Inn, took place over the fields and country lanes around the village, passing through the outskirts of Bedale. First home for the Club was Robert YOUNG in a time of 44:40, and he was followed across the line by his Dad, John YOUNG, in 55:58.

The latest race in the Club Championship took place on Sunday at the Sedgefield Serpentine Race, and six Members were in attendance to try and grab vital Club Championship points. The 10K trail race started at Sedgefield Cricket Club, and the route ventured through Hardwick Park and headed out onto country trails towards Bishop Middleham, before snaking around and returning to the Cricket Club, via Hardwick Park once again. 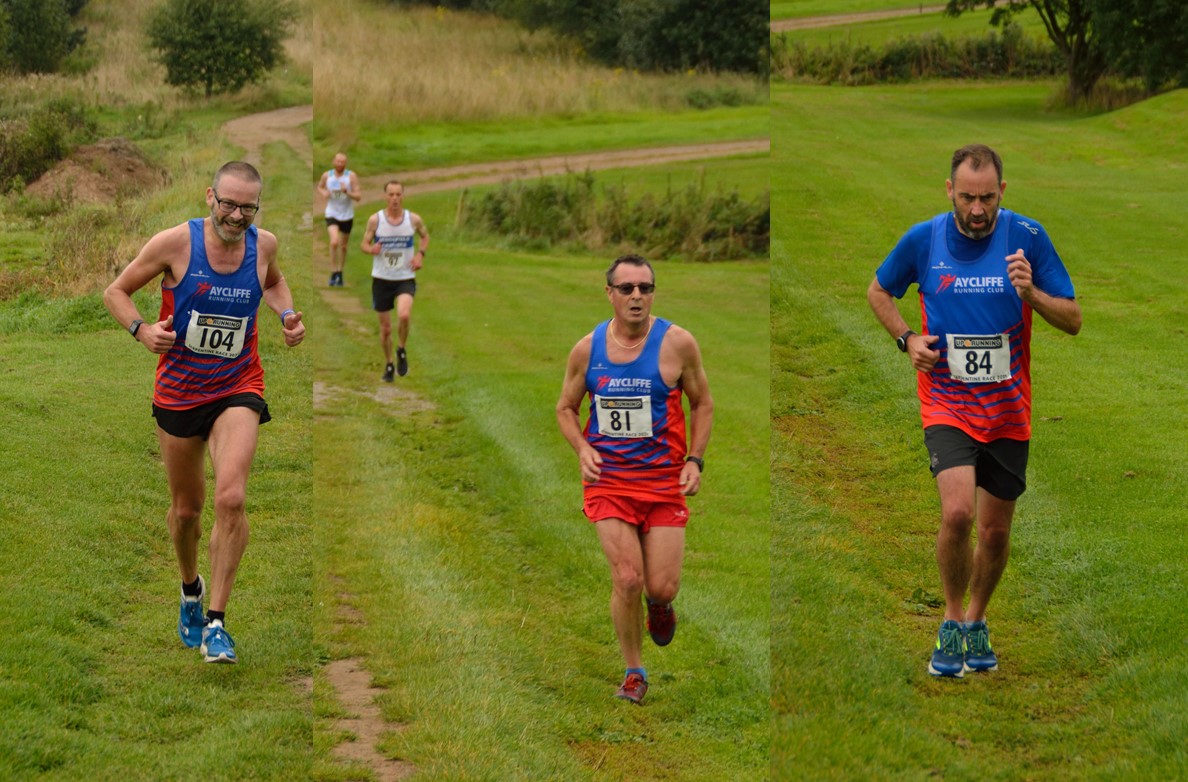 Despite his parkrun PB the previous day, Peter TENNICK had a strong run, completing the tough course in 46:12. First lady home for the Club was Trish KAY, in a time of 58:17, and Trish was followed closely by David STOTHARD, who finished in a time of 59:23. Eve DOE secured herself some valuable Club Championship points, completing her run in 68:51.

Taking on the Essar 2021 Chester Half Marathon on Sunday, Paul RANDS impressively continued to build on his substantial improvement this year, recording a new Personal Best of 1:41:58 for the Half Marathon distance.
If you have any queries about the activities of Aycliffe Running Club, please visit our website www.ayclifferunningclub.org.uk, or contact the Club’s Secretary, Donna, at ayclifferunningclub@gmail.com