Last week we reported on the Stanhope 10 Miler, which had taken place on Saturday, 28th August 2021, however we were unable to provide the results as they had not been published. The results have now been released, and Paul DALTON and Richard CAMPBELL completed the hilly course in 1:09:36 and 1:09:44 respectively.

On Saturday this week, 27 Members completed a parkrun. Once again, most Members could be found at Sedgefield parkrun, though we also had Members running at Darlington South Park, Hackworth, Hartlepool, Keswick, Preston and Rising Sun parkruns.

Two Members recorded parkrun Personal Bests (PBs) this week. At Preston parkrun, Colin GIBSON ran a new fastest time of 26:47 for the course, whilst at Sedgefield parkrun, Donna JARPS posted a new quickest time of 29:45 for that event.

Elsewhere on Saturday morning, Richie JOHNSON took on the Paras’ 10 at Catterick. This is a gruelling 10 Mile Endurance Race, based on the 10 Miler from the Parachute Regiment’s P Company test week, and Richie completed the race in 2:07:34 whilst carrying a 35lb bergen.

At the same time in Hull, Richard CAMPBELL was taking on an endurance race of his own, a 20 Mile Trail Race which formed part of the Hornsea Trail Running Festival, organised by ‘It’s Grim Up North Running’. Richard completed the race in 2:16:43, which was good enough for second place overall on the day. 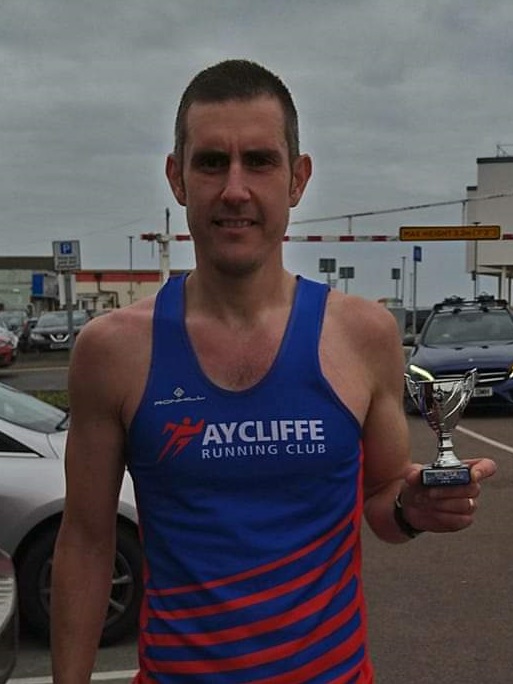 Another 20 Mile race was taking place slightly closer to home on Saturday morning, as the Darlington Harriers and Athletics Club hosted the South Park 20, which comprised of 20 one-mile laps of the South Park in the town. First home for the Club was John FIRBY in 2:10:03, which was good enough for third place in his Age Category, and to set a new Club Record for the distance in the M20-34 Age Category.

John was followed home by Dez FIELDEN in 2:13:33, finishing third in his Age Category, and setting a new 20 Mile Club Record in the M45-49 Age Category.

On Sunday, 5th September 2021, John SURTEES participated in the Southport Seaside 10K, which featured two laps around Marine Lake and Ocean Plaza, taking in the model railway, PleasureLand, and the pier. John crossed the line in 34:54, finishing first in his Age Category (V35).

On the same day, Paul DALTON completed the Morpeth 10K, a two-lap, mildly undulating course on country lanes, starting and finishing in the village of Tranwell. Paul finished in a time of 37:53, and took the prize for being first M45 home.