We start our round-up this week with the Locomotion 5K, which took place on Wednesday, 25th August 2021. The race, the fifth in the Darlington Trail Series, follows the path of the original Darlington to Stockton railway line. First to finish for the Club was David STOTHARD in a time of 29:08, and he was joined by Melanie ROWLAND, who completed the race in 31:14.

Thursday, 26th August 2021, saw one on the most popular events on the local race calendar, the NYMAC Tom Wall Relays, which were held at Stewart Park in Middlesbrough. In a strong showing, Aycliffe Running Club fielded ten teams in the event, which involved teams of four runners each taking a turn to carry a baton around a one-mile lap of the park. 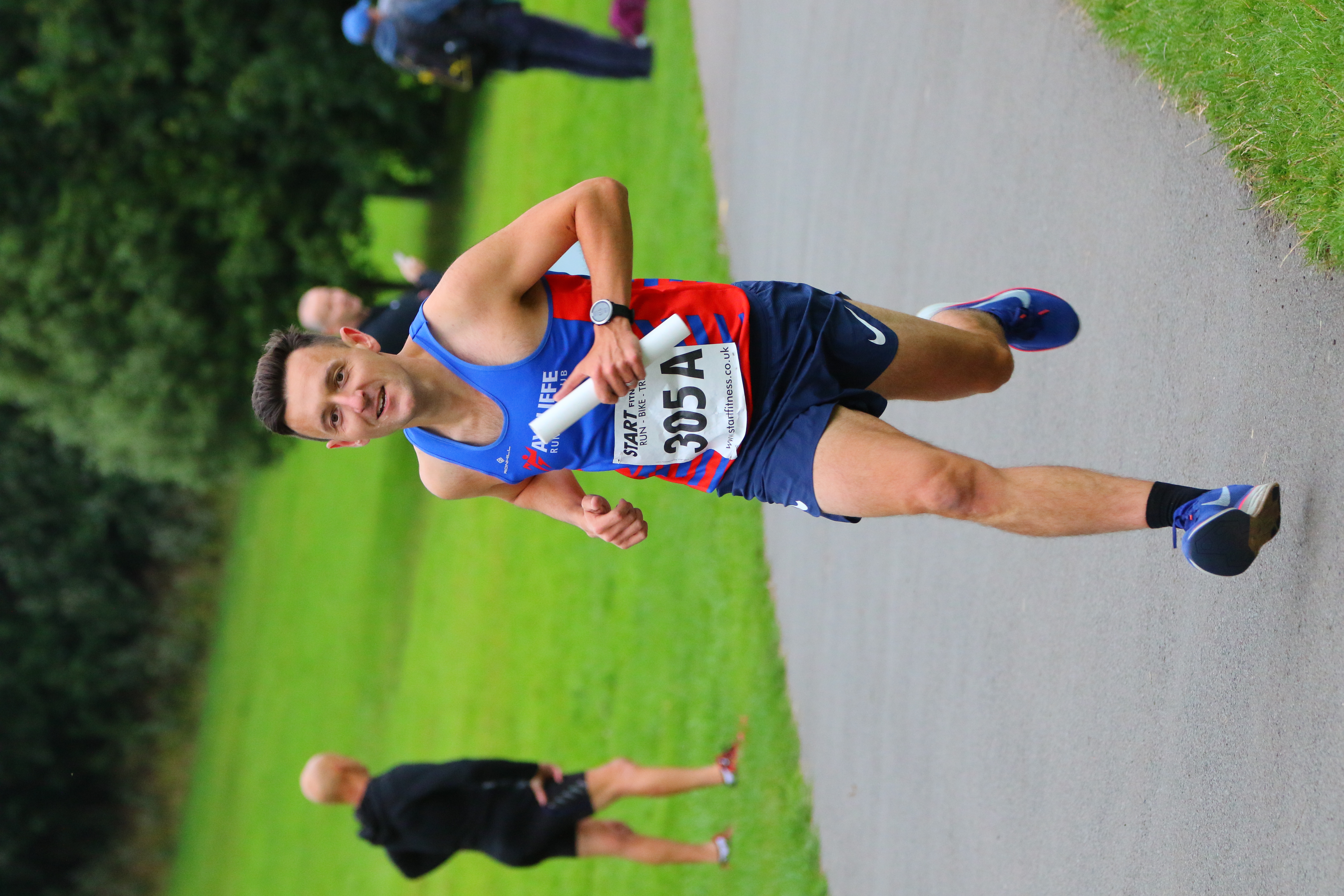 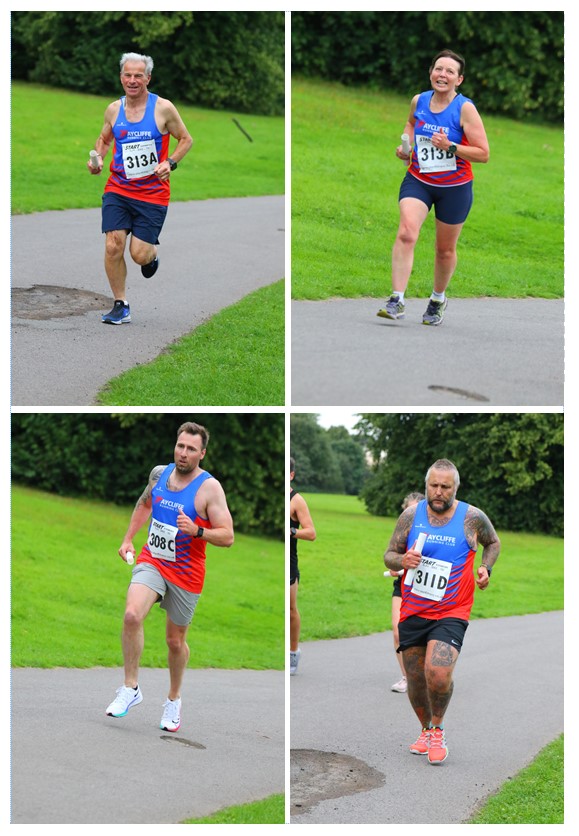 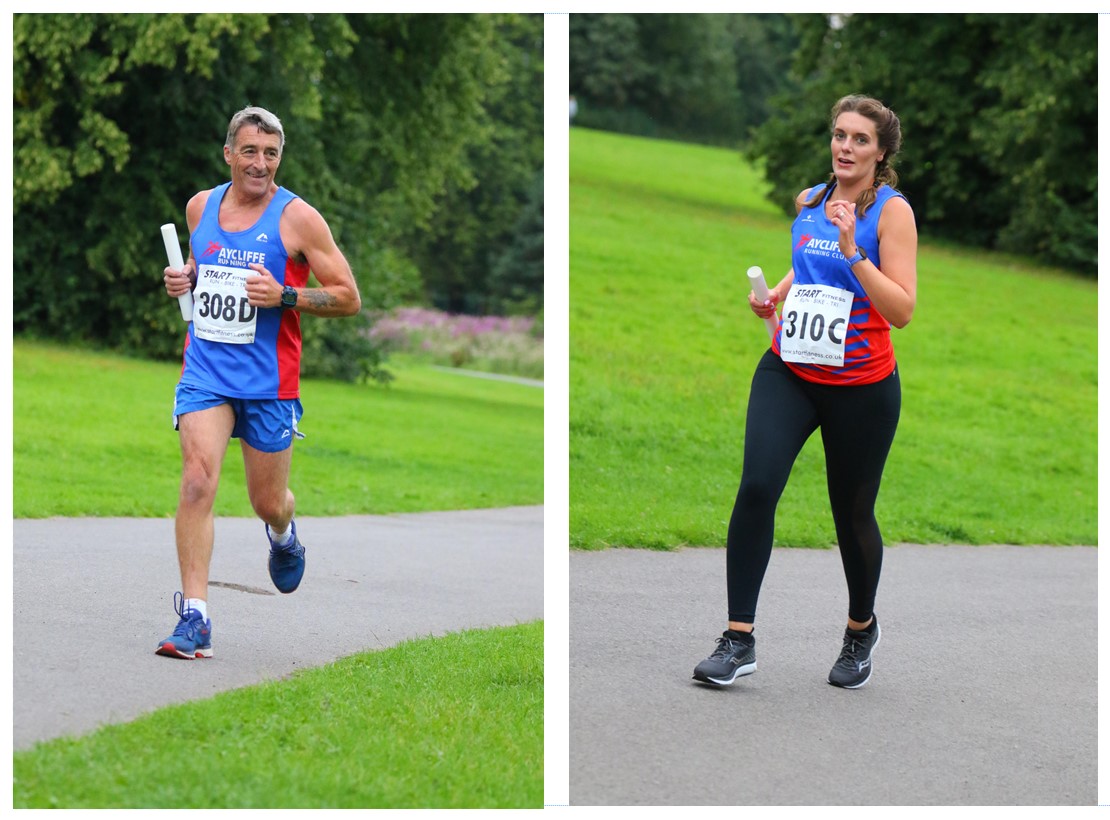 Elsewhere on Thursday night, Paul DALTON took on the Watergate 5K, a popular two lap race on multi-terrain paths around the lakes at Watergate Park, hosted by Low Fell Running Club. Paul completed the race in 18:32.

On Friday evening, Second Claim Member, Paul RANDS took on the Mid Cheshire (Summer) 5K, which has built a reputation as one of the fastest 5K road races anywhere in the country. Paul certainly benefited from the quick race, registering a new 5K Personal Best (PB) of 20:16.

As usual, the Club was well-represented at parkruns last weekend, with 32 Members taking the opportunity to take part in these popular running events. The most preferred venue for Members this week was Sedgefield parkrun, though we also had Members running at Blackpool, Hackworth, Hartlepool, Keswick, Riverside and Town Moor parkruns.

Several Members recorded parkrun Personal Bests (PBs) this week. At Hartlepool parkrun, Angela SUTHERAN ran a new fastest time of 22:39 for the fast out-and-back course. Meanwhile, at Keswick parkrun, John SURTEES was posting a new quickest time of 16:52 for that event, also completing the run as First Finisher on the day.

Carley COOPER continues to set new quickest times, this week registering a 27:52 PB for the Riverside parkrun course at Chester-le-Street.

Finally, on Saturday morning, two Members took on the Stanhope 10 Miler, a hilly race which started at Stanhope show field, and sought to raise funds for ‘Quinn’s Retreat’, a charity offering a retreat for those bereaved by suicide. The route for the run took on several steep climbs and sharp descents, before heading downhill to Frosterley and back to Stanhope alongside the banks of the River Wear. Paul DALTON and Richard CAMPBELL completed the race, however unfortunately the results were not available at the time of publication and we hope to bring these to you in due course.