Our round-up this week starts with the ‘Run 4 Louis’, which was hosted by the Darlington Harriers and Athletics Club, and which took place in the South Park in Darlington on Wednesday, 4th August 2021. This 5K run raises money for a local charity which supports families through miscarriage, stillbirth and child loss, and Donna CAMPBELL participated in the run, finishing in a time of 38:01. 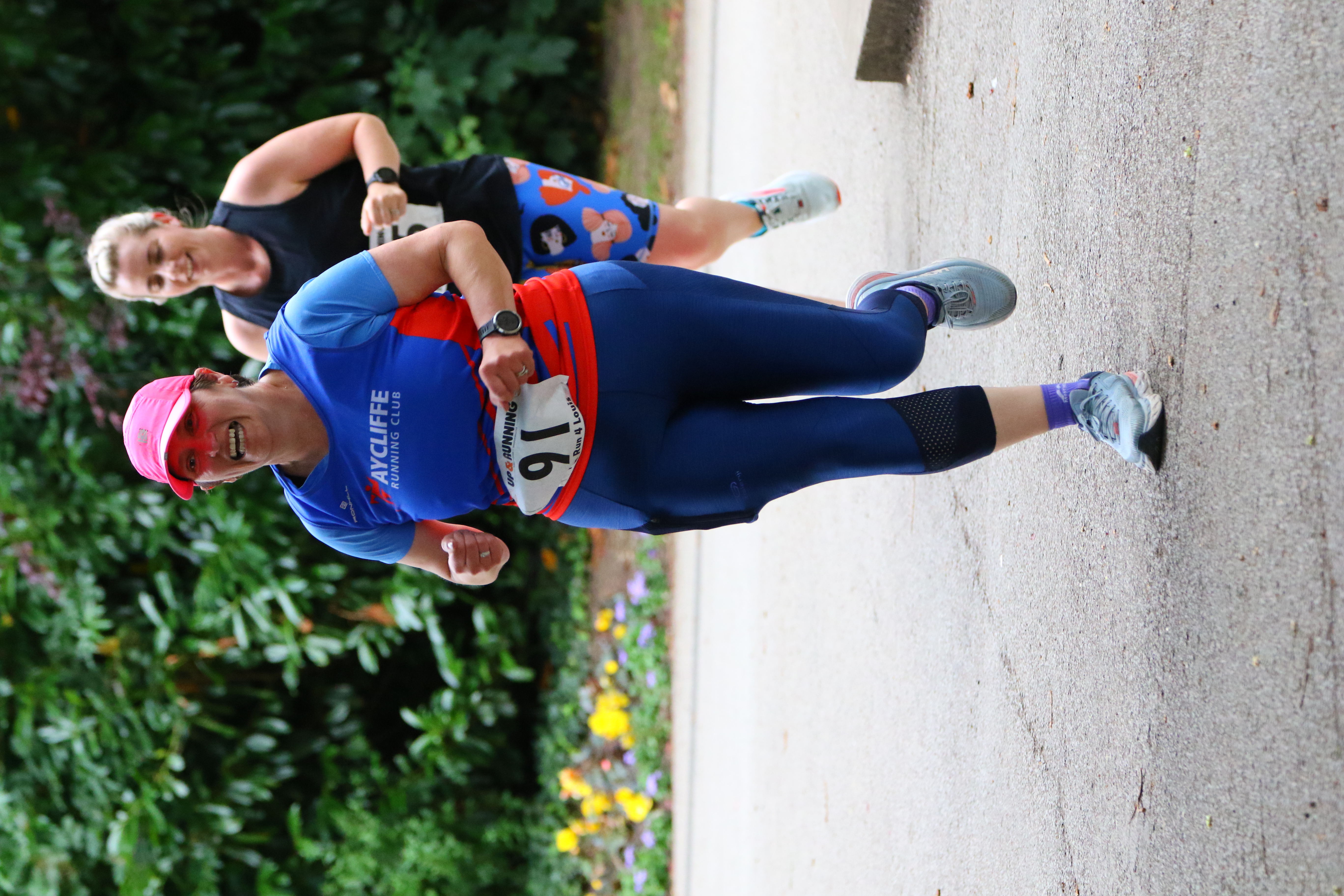 On the same night Club Championship points were up for grabs at the Baydale Beck 5K. The race, the fourth in the Darlington Trail Series, started near the Baydale Beck pub, and took in trail paths and fields around the beck itself. First home for the Club, and finishing in third place overall, was Paul DALTON, in a time of 18:12. Andy TALBOT had a good run, completing the race in 19:22, and he was followed home by Trevor NEEDHAM (22:33).

Trish KAY was the first of the Aycliffe ladies to finish, crossing the line in 25:38, with David STOTHARD next home in a time of 26:28. Just three seconds separated our next two runners, with Jayne RUDD coming home in 29:09, closely followed by Rob NICHOLSON in 29:12. Susan CLARK was the last of the Aycliffe contingent finishing in 36:26. Rob NICHOLSON’s evening was made even better after bagging a ‘spot prize’ of a pair of running socks!

Nineteen Members participated in parkruns on Saturday morning, with the largest turnout from the Club being at Darlington South Park parkrun, however Members could also be found at Bideford, Jubilee, Prudhoe Riverside and Sedgefield parkruns. John FIRBY celebrated his 100th parkrun by setting a new Personal Best (PB) of 17:57 for Darlington South Park parkrun. Not to be outdone, Eve DOE set herself a new PB at Sedgefield parkrun, completing the course in a new fastest time of 31:40.

Later in the day, several Members attended the social event of the year, the Club’s very own ‘Half Pint, Half Marathon’, running a 13.1 mile route from Darlington back to Newton Aycliffe, with several stop-off’s en route to ‘re-hydrate’. A great afternoon (and evening!) was had by all… 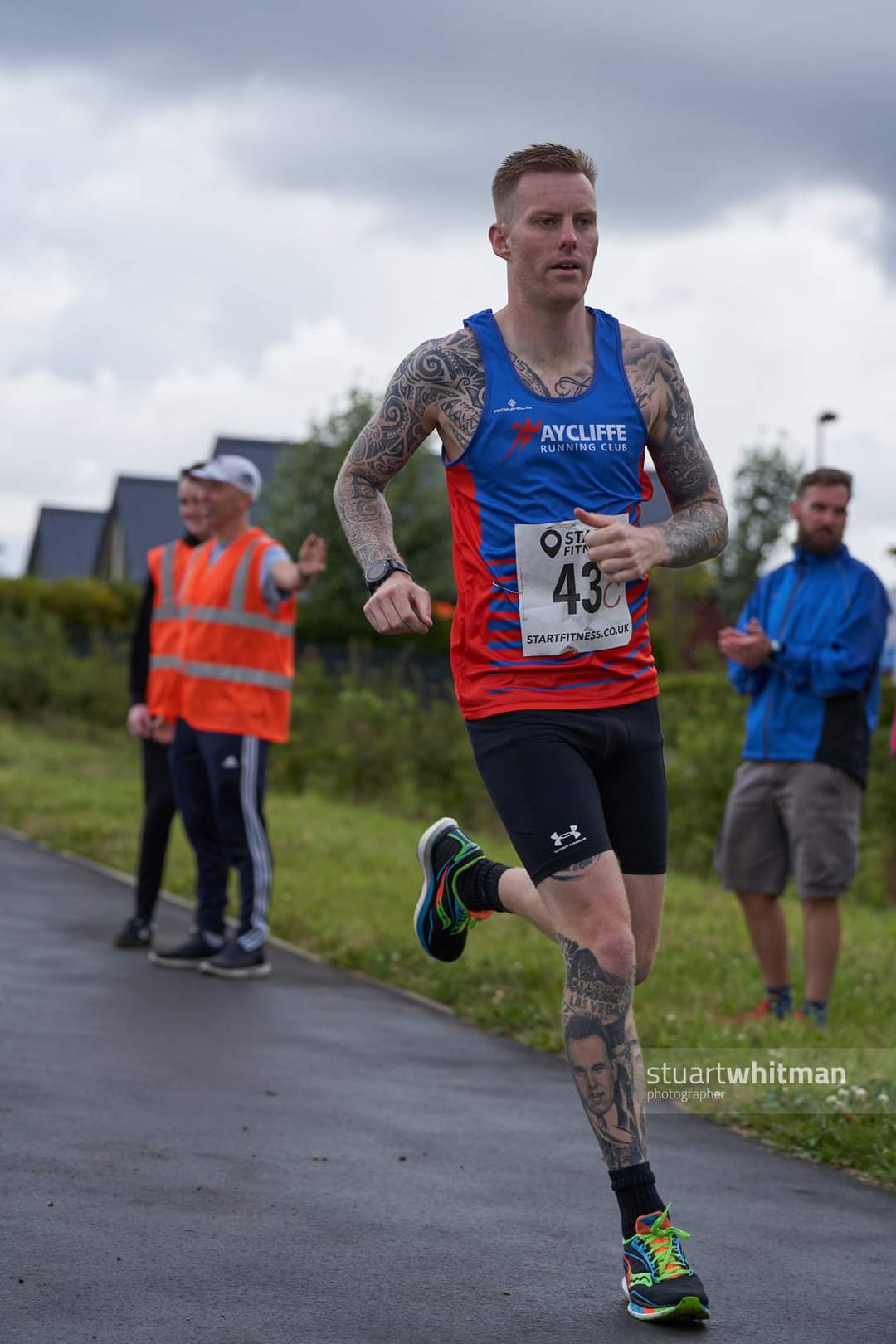 On Sunday, 8th August 2021, three Members travelled to Great Park in Newcastle to represent the Club at the fourth annual Gosforth Harriers Summer Relays. Each leg consisted of a single lap of just under two miles on tarmac footpaths and grass. Stuart JOYCE completed the first leg in 11:44. Peter TENNICK ran the second leg in 12:06, and Gareth KYLE brought the team home with a final leg of 11:01. There were some strong teams in attendance, and it was heartening to see Stuart, Peter and Gareth finishing on the top half of the leaderboard. 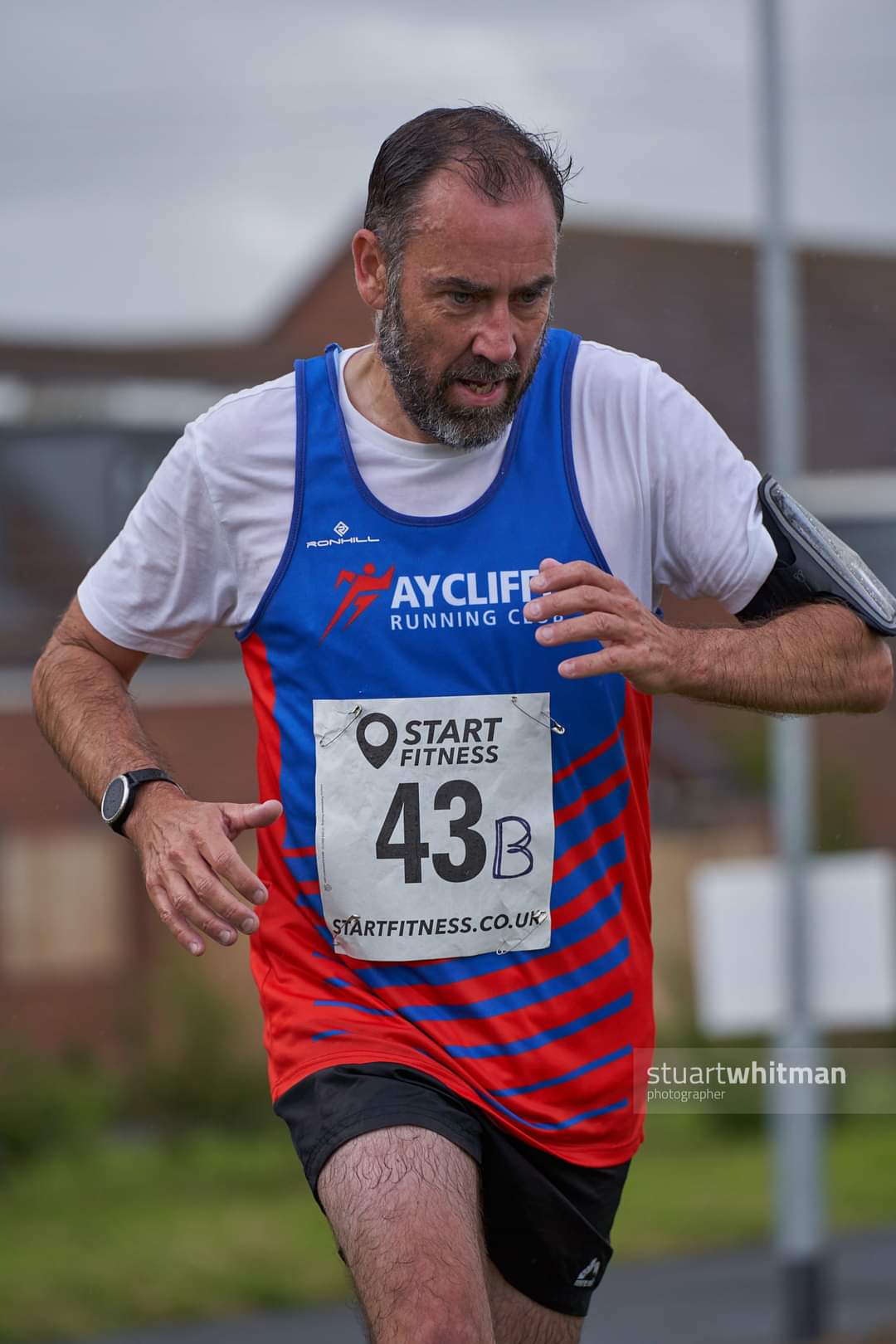 At the same time on Sunday, Sandra RUDD was taking on the Chocolate 10K 2021 in York. The race took place on a mix of paths and grass and was overlooked by the clock tower from the Terry’s chocolate factory. Sandra completed her run in 1:11.50.

Finally, also on Sunday, David STOTHARD completed the Mulgrave Castle 10K. This off-road race, organised by the Loftus and Whitby Athletic Club, provides a rare opportunity to run through the Mulgrave estate, and features a fast downhill start, but a tough uphill finish. David finished the undulating course in 1:04.28.