We start this week with a look back at the ‘Run Like A Legend’ Mile Time Trial event which took place in Durham on Friday, 16th July 2021. Fastest for the Club on the day over the classic mile distance was John SURTEES in 4:56, and he was followed by John FIRBY in 5:19 and Paul DALTON in 5:25. Peter TENNICK continued his recent good form with a sharp 6:06 mile.

Wednesday, 21st July 2021 saw the running of the popular Willow Miner Trail Race. After initially making your way through Houghall Woods just outside Durham, the course covers 5.7 miles of beautiful trail through woodlands and nature reserve. Brett LAMBERT completed the undulating route in 52:43. 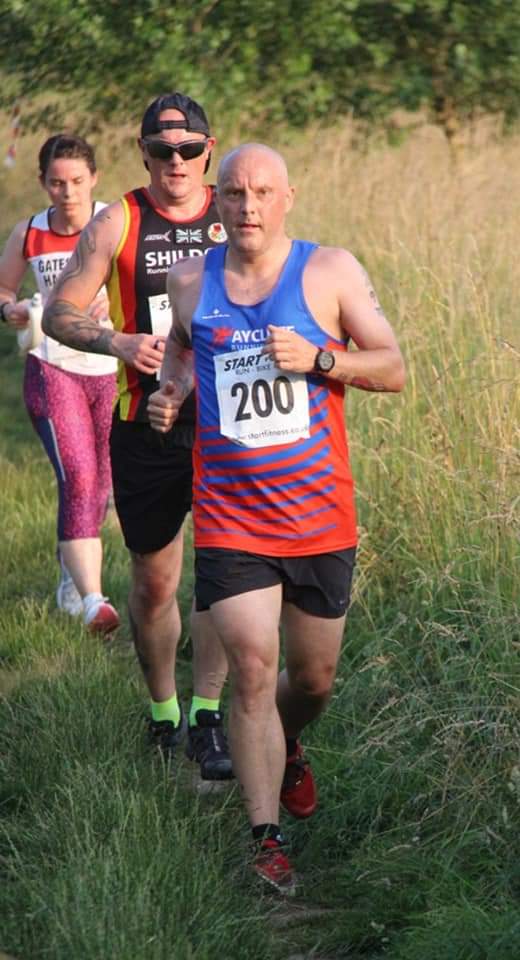 Club Championship points were up for grabs on the following evening at the Sunderland 5K Road Race at the Silksworth Sports Complex. Fastest for the Club on the night and setting a new V55 Club Record for the distance was Floyd JONES in a time of 18:07. 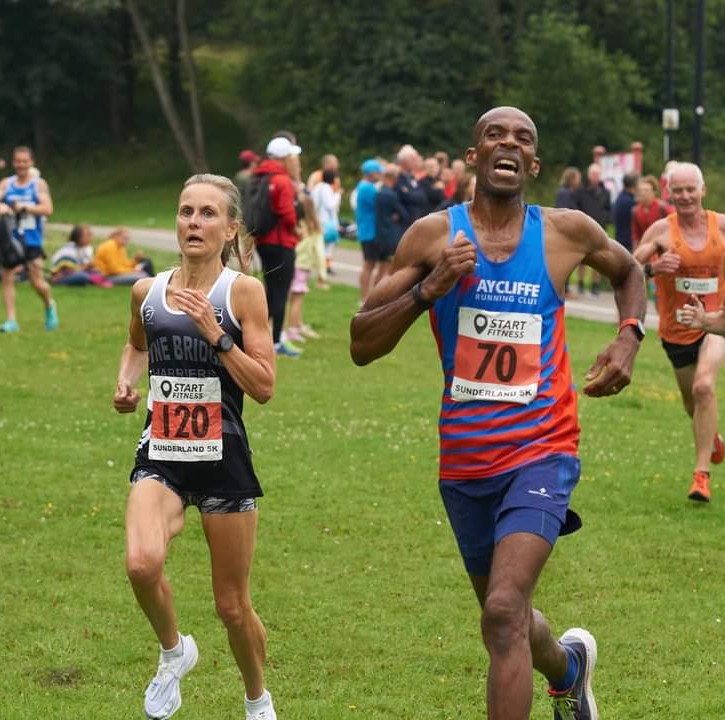 Floyd was closely followed by Gareth KYLE in 18:19, which represented a new Personal Best (PB) for Gareth. Andy TALBOT completed the race in 18:42, and in doing so finished second in his Age Category (M60), and also improved his own Club Record in the same Age Category. 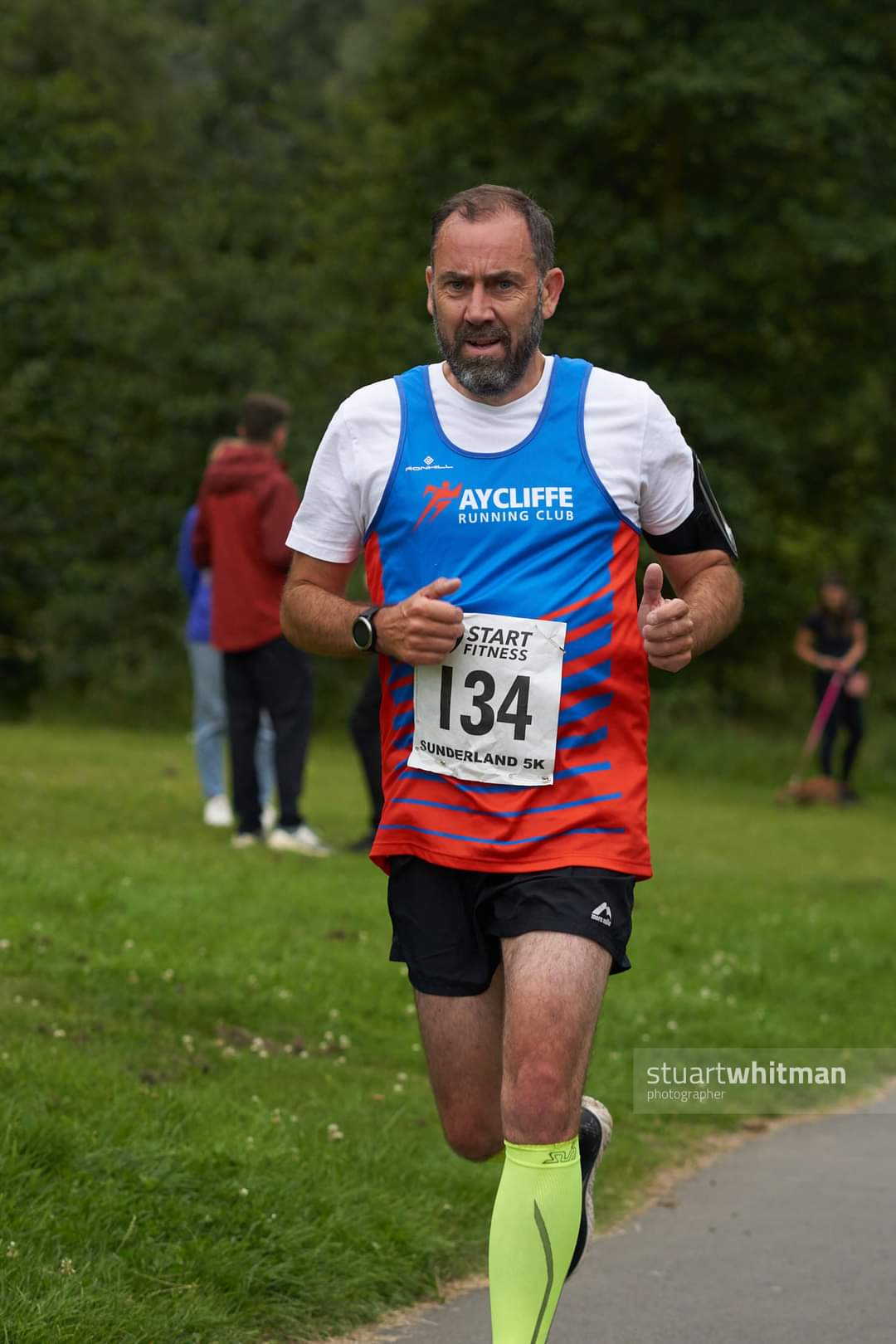 In his first official 5K race, Peter TENNICK recorded a great time of 21:07, with Trevor NEEDHAM not too far adrift in 21:45. Alan WILKS continued his return from injury, finishing in 23:26, with Carley COOPER continuing her recent good form, recording a new PB for the distance in 25:10. David STOTHARD completed the race in 26:16. 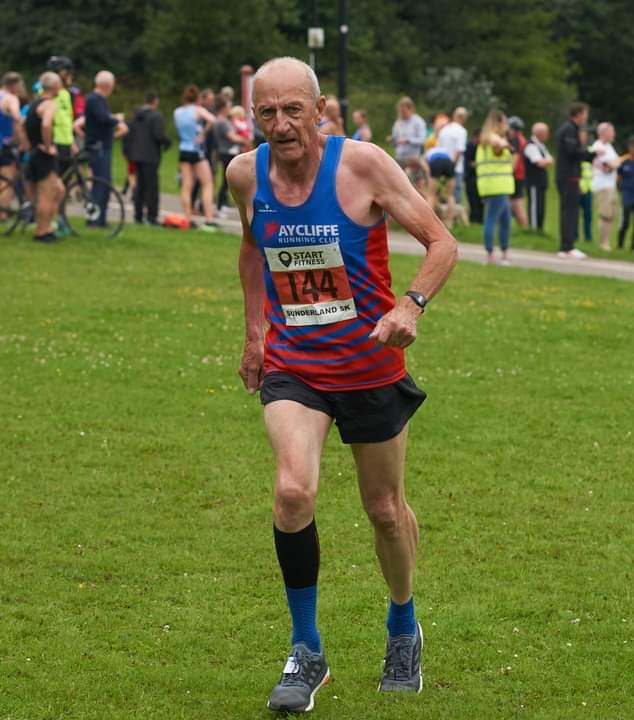 The big race for Members on Sunday was the Redcar Penguin 5 Mile Road Race, which also served as the next race in the Club Championship. Unfortunately, a road accident shortly before the scheduled race start time resulted in a slight shortening of the course (to 4.75 miles NAD – Near As Dammit!), however Members still gave it their best in hot conditions. First home for the Club, in a time of 27:04, was John FIRBY. Andy TALBOT’s was the next blue and red vest across the line, finishing in 29:22, which was good enough for first place in his Age Category (VM60).

Stuart JOYCE completed his run in 32:21, with Trish KAY following him, finishing second in her Age Category (VF60), in 39:12. David STOTHARD got his second race of the week done and dusted in 42:06, and he was followed by Jayne RUDD, who had an excellent run completing the race in 46:09. Eve DOE’s recent hard work paid off with a great time of 48:57, and Sandra and Marie RUDD enjoyed the race running together, both finishing in a time of 61:14.

Carley COOPER was the Club’s sole representative at the Trail Outlaws’ Durham Coastal Trail Half Marathon on Sunday. The race is set on the Durham Coastal Path, is particularly challenging, but scenic, and punctuated throughout by a tough series of descents and ascents. Carley completed the undulating run in 3:42.