The Chapelfell Top Fell Race, which took place on Tuesday, 13th July 2021, is our first port of call in what has proved to be a busy week. The race, hosted by the Durham Fell Runners, is approximately 7km in length, but includes 400m of ascent. Initially on tracks, the race soon progresses onto open fell and rough terrain. Shaun DODD was our sole representative at the race, completing his tough run in 58:53.

Wednesday, 14th July 2021, saw the next race in the Muddy Roads Summer Trail Series, with the running of the Lordstones 5K. On a glorious summer evening in North Yorkshire, John FIRBY was first home for the Club, completing the undulating course in 20:04. Not too far behind was Paul DALTON, who crossed the line in 20:51, and placed first in his Age Category (V40). David STOTHARD completed the trio of Aycliffe RC runners, coming home in 30:52.

Thursday and Friday saw the Durham City Run Festival return to the North-East, with Thursday evening seeing the running of both the 5K and 10K races. In the 5K, Alan WILKS had an excellent run after overcoming a recent injury setback, finishing in 24:59, which placed him second in his Age Category (MV70). Kathleen TONGE went one better by winning her Age Category (FV60), completing her run in 29:35. 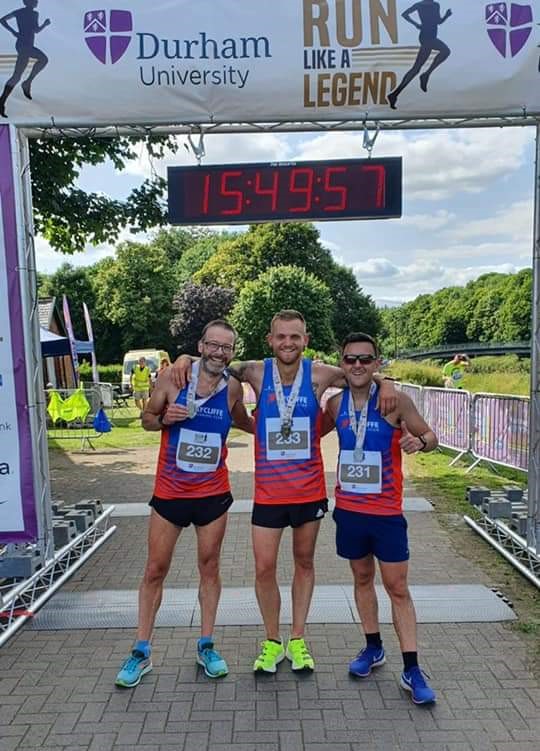 On a blisteringly hot Friday, several Members took part in the ‘Run Like A Legend’ One Mile Time Trial event, which took place on the flat footpath along the riverside. At the time of writing, the individual results of the Time Trial had not been published, and hopefully we can bring those to you at a future date, however the run was particularly notable for Marie and Jayne RUDD, who got to meet Paula RADCLIFFE. 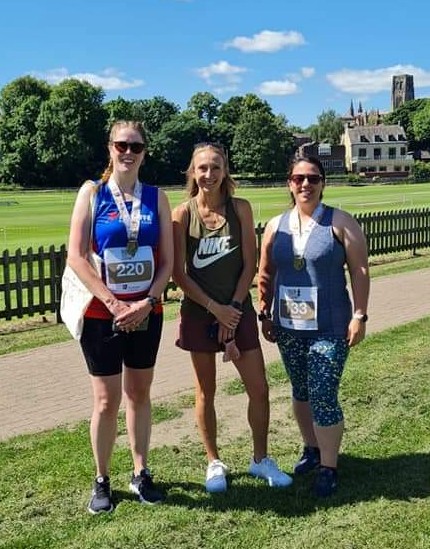 Sunday saw some Members head to the South Park in Darlington for the Darlington Trail 10K. The race started at the parkrun start line, took you under the Parkside Bridge where runners completed three laps of the field, before returning to the starting point. First home for the Club was Dez FIELDEN, in a time of 42:25. Taking part in his second race of the week, David STOTHARD was the next to finish (1:02:15), and he was followed in by Eve DOE (1:17:46).

Elsewhere on Sunday, in hot and undulating conditions (not to mention swarms of flies!) Martyn KNOX ran the Hamsterley Trail 10K race. Despite the tough conditions, Martyn had a good run, finishing in 56:25.