On Wednesday 13 July one Member took part in the Muddy Roads Pine Forest 5k which was race number 4 in the summer trail series.  David Stothard was the sole representative for the club finishing in a time of 29:36.

On Saturday 16 July, two Members took part in the Ultra North 25k race, running 25km along the North East’s industrial heritage through glorious trails and wonderful woodland.  Richard TONGE finished the race in a time of 3:29:25 in a new personal best for this distance with another member completing that in a time of 2:32:03.

On Sunday 17 July, two Members too part in the Darlington Trail Series 10k run.  First back for the club and in second place was Paul Dalton in a time of 3:34.  Next back in his first trail run for the club was Daniel TATHAM finishing in a time of 48:20. 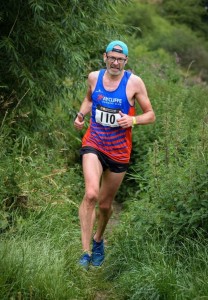 Saturday morning was a very busy one for Members with a total of 34 members beginning their weekend with a Parkrun.  The Club was represented at the York, Sedgefield, Darlington South Park, Hackworth, Newark and Jesmond Dene.

At Hackworth, Stuart JOYCE continued his impressive form finishing third in a time of 20:51.  At Newark Park Matt MUIR completed this course for the first time finishing fourth in a time of 20:21 which was also a new Parkrun personal best.  Kieran WRIGHT also took part in his first ever Parkrun at this event finishing in a time of 26:37

At Jesmond Dene, two Members attended that event for the first time with Paul DALTON finishing third in a time of 18:35.  Clare STRADLING also took part finishing in a time of 26:16.