Miles, miles, miles were the order of the week, however we start our round up with the shortest race of the week, as several Members of the Club took on the Kirkleatham 5K on Wednesday, 23 June 2021. First home for the Club, and finishing 3rd overall on the night, was John FIRBY, in a time of 17:58.

After getting lost in the woods, and somehow managing to add an additional half a mile to his run, Paul DALTON was next to cross the line in a time of 23:23. David STOTHARD was next in, finishing in a time of 27:03, with Eve DOE the last of the Aycliffe quartet, finishing in 33:45.

On Saturday, three Members took on the Race to the Castle, a 100km ultramarathon in Northumberland. The route took runners across stunning moorland and through ancient woodland to the coast, where they were greeted by charming seaside towns on their way to Bamburgh Castle. First to reach the castle for Aycliffe Running Club was Dez FIELDEN, in a time of 13:38:16. He was followed by Lee WREN in 17:32:45, and Richie JOHNSON in 19:17:14. A fantastic effort from all three!

At the same time, Julie NISBET was taking on her own ultramarathon challenge, the 33 miles Lakeland Five Passes Ultra, which included 10,000 feet of vertical elevation. Unfortunately, things didn’t quite go to plan for Julie, and she retired from the race with eight miles to go, however such a sterling effort cannot pass without mention, and we’re sure Julie will be back to conquer the race again next year.

Also on Sunday, Andy TALBOT took on the Rightmove Milton Keynes Marathon. Andy completed the marathon in 3:11:33, finishing first in his Age Category (VM60), and in doing so met the qualifying standard to secure selection for the England Masters Marathon team in 2022. Andy hopes to have the opportunity to represent his country in the 2022 Chester Marathon. 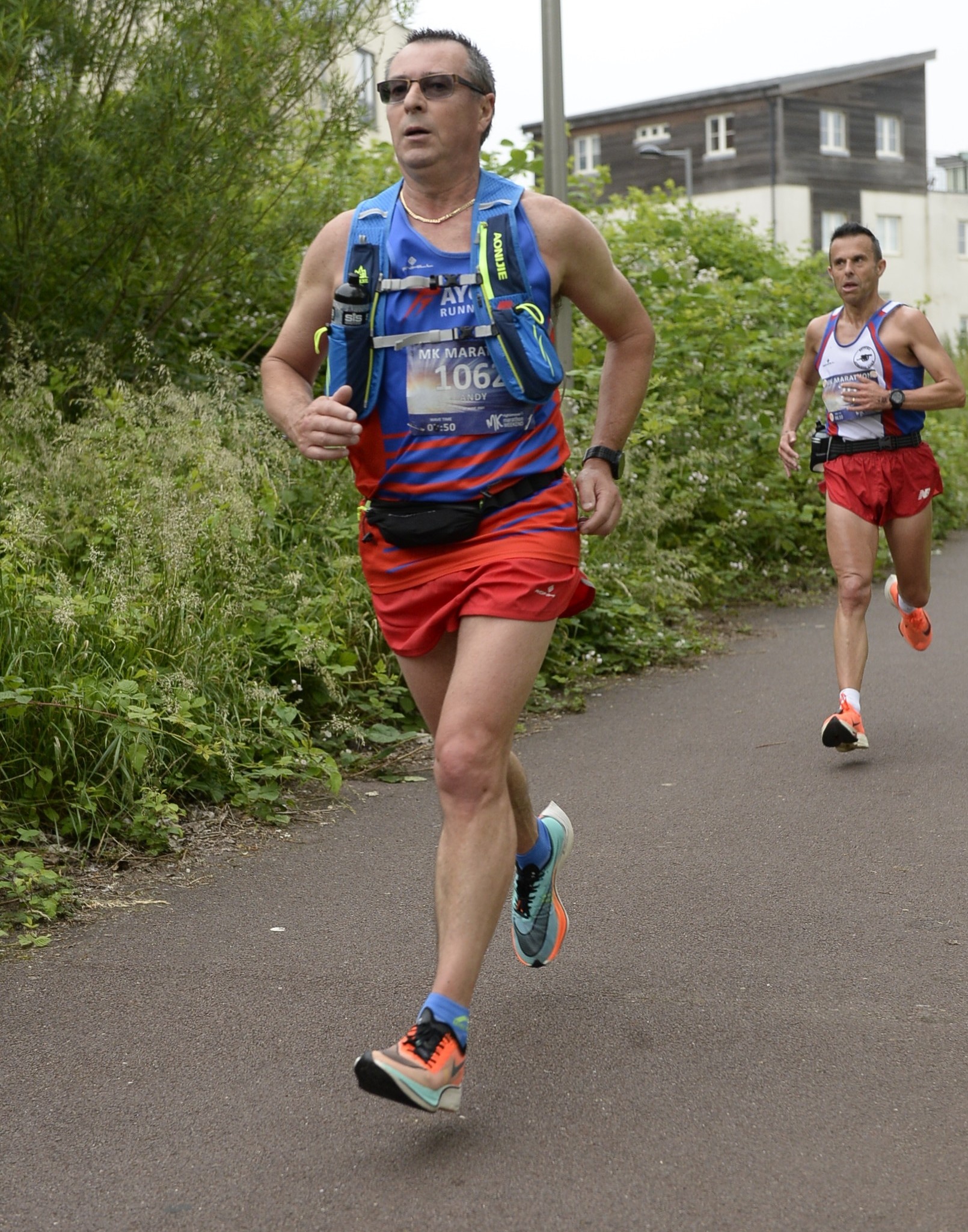