In what has been a busy week, we start with the promised look back at the Run Northumberland Bamburgh 10K on Sunday, 13 June 2021. The Club had two Members participating in the race, which took place in hot conditions. Angela SUTHERAN completed her run in 51:41, and Judith PORTER finished in 1:04:59, which placed her second in Age Category (V65).

On Wednesday, 16 June 2021, John SURTEES took part in the North-East Counties Athletics Association’s (NECAA) 10000m Championships, which took place at Stadium 2000 in Shildon. John completed his 25 laps of the track in 35:08.2, placing him 5th on the night. 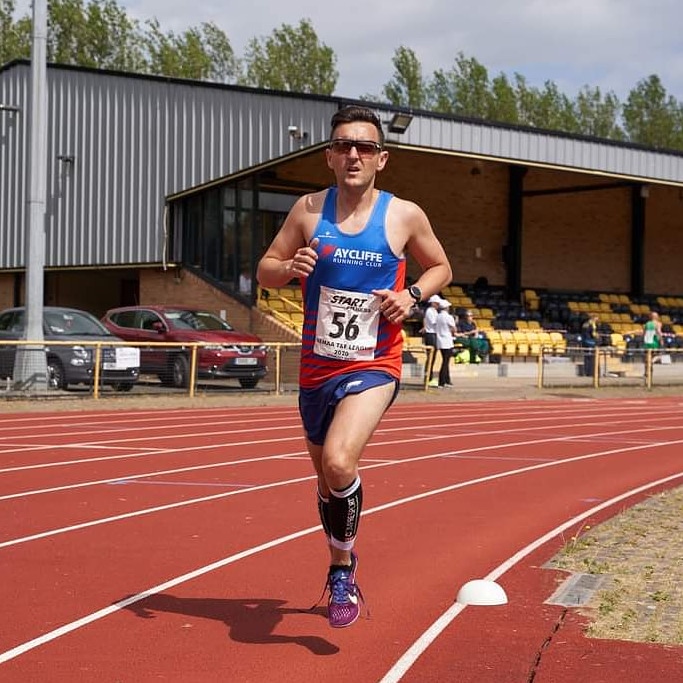 Second Claim Member, Paul RANDS, took on the Sale Sizzler 5K on Thursday, 17 June 2021. Running in the colours of his First Claim Club, Macclesfield Harriers and AC, Paul completed the race in 20:32, a new Personal Best (PB) for the distance.

John SURTEES was back on the track again on Saturday, 19 June 2021, this time at the North-East Masters Athletics Association’s (NEMAA) Track and Field Championships, which took place at Monkton Stadium in Hebburn. This time it was a mere 12 and a half laps of the track, as John took on the 5000m, and he finished in a creditable 16:46.99, which was good enough to take first place, and the Gold Medal, in his Age Category (VM35).

Last weekend saw one of the biggest running events on the local race calendar, the Sunderland City Runs, which included 3K, 5K, 10K and Half Marathon options across the two days. Almost sneaking under the radar, Richard HOLLAND took on the Sunderland City 5K race on Saturday evening, clocking a time of 20:28.

On Sunday morning, Aycliffe Running Club was certainly well-represented in the Sunderland City 10K race. Gareth KYLE was donning the blue and red vest for the first time since joining the Club and crossed the line in 43:45. Peter TENNICK, who was taking part in his first 10K race, was not too far behind, coming home in a time of 44:42.

Opting for the Half Marathon, Helen BOYD completed her run in 2:37:56.

Carley COOPER was the Club’s sole representative at the Super-Fast 10K, which took place on Ouston Airfield, near the village of Stamfordham in Northumberland. Carley completed the race in a new 10K PB of 55:07, taking over three minutes off her previous best time over the distance.

Over in Cheshire, Paul RANDS completed his second race of the week on Sunday, finishing the Colshaw Hill 10K in a time of 44:22.