It was another full week of racing for ARC this week with many members taking part in mid-week races. 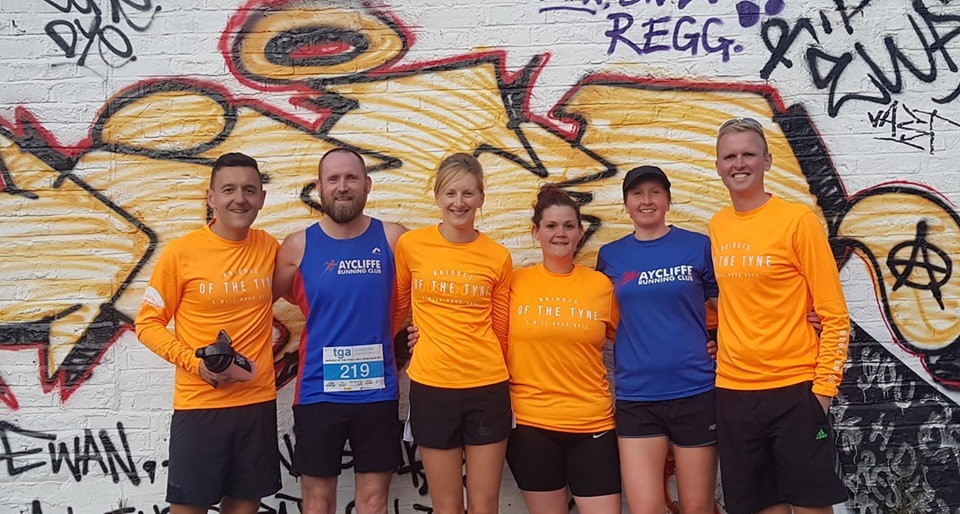 First up was the Bridges of the Tyne 5 mile race which took place on Tuesday evening. This is an out and back course along the Tyne taking in the main bridges that cross over the Tyne. First home was Mark Wade in 32.12 followed by Paul Dalton in 32.10, Richard Holland in 33.17, Michelle Jane in 35.54, Tracey Surtees in 39.08, John Surtees in 39.10 and Gemma Holland in 48.11. 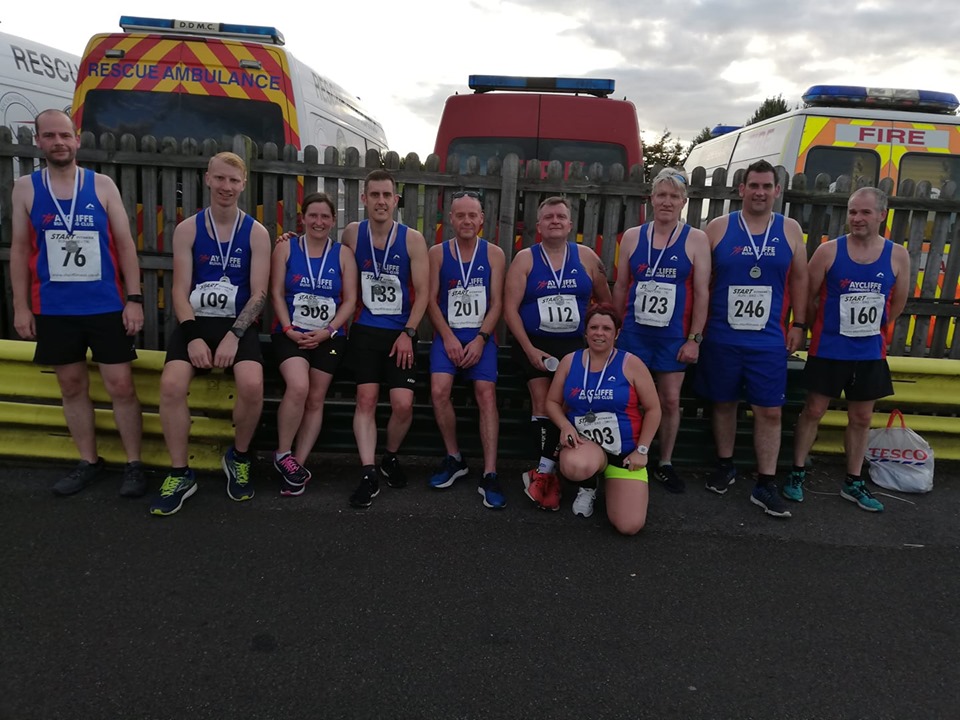 On Wednesday night it was time for the Pitstop running festival at which 5k and 10 races take place. The race itself takes place at the Croft Racing Circuit with the 5k runners undertaking 1.5 laps of the circuit and the 10k runners doing 3 full laps.

Fortunately the sun that was beating down on arrival went behind the clouds before the start of the race which made the heat slightly more bearable.

In the 5k race we had two runners participating. Donna Campbell was first home in 30.29 (2nd in her age category) followed by Sam Baronowski in 35.20.

Saturday was parkrun time and this week Ray Todd achieved a PB at the Tees Barrage Park run in 36.23.

Sunday saw our members taking part in 5 different events in different parts of the North.

Up in Gateshead, the Great North 10k was taking place and we had two members taking part in this race. First home was Mark Bainbridge in 45.29. He was followed by John Richardson in 51.12. 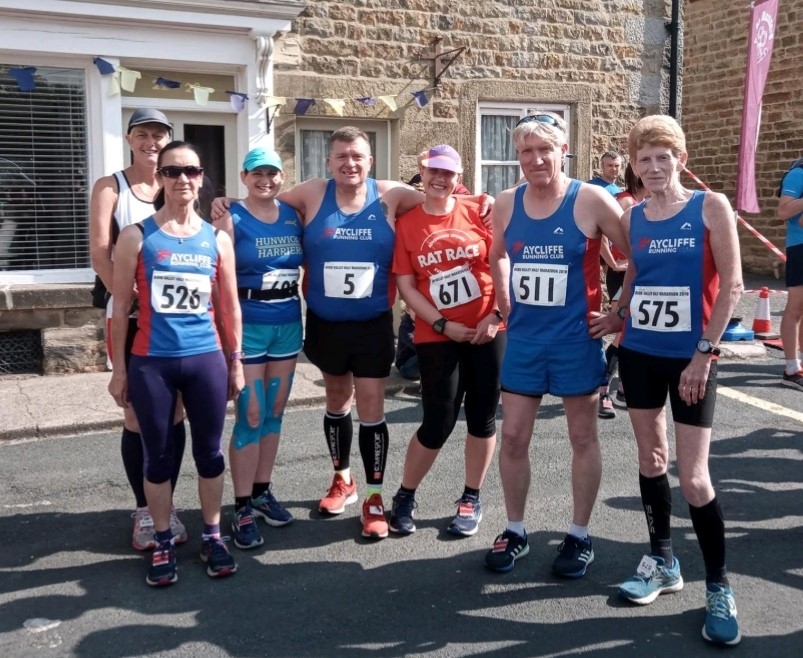 Down in Masham, we had several members take part in the Burn Valley half Marathon. This is described as one of the most scenic and demanding half marathons in England. It takes place mainly on minor roads through Swinton Park Estate along the Burn Valley with an ‘off road’ section approximately half way. It was a very undulating route, not made an easier by the very warm temperatures. First home for the club was Dave Blewitt in 1 hour 56, followed by Trish Kay in 1 hour 58, Sandra Collins in 2 hours 08, Ian Baronowski in 2 hours 27, Susan Clark in 2 hours 33, Kathryn Waterworth in 2 hours 33 and Linda McNamee in 2 hours 33.

Three members took part in the Kilburn 7. This is an annual 7 mile road race which takes place in Kilburn, 6 miles east of Thirsk in the North Yorks Moors. This is an undulating scenic route overlooked by the famous White Horse. First home was Rob Young in 56.12, followed by his dad John Young in 1 hour 08 and Pat Edwards in 1 hour 13. 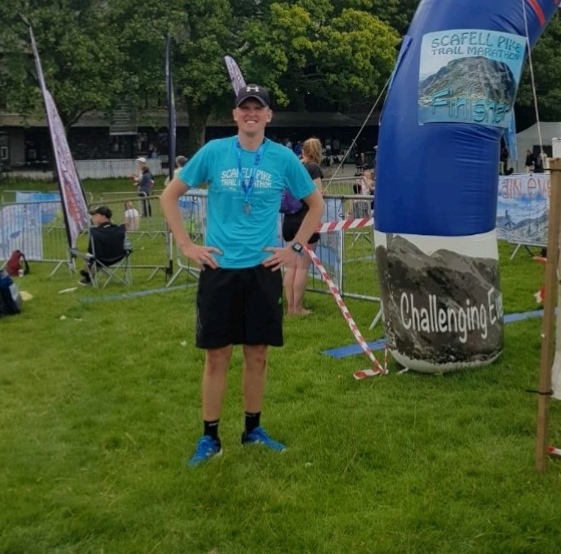 Finally on Sunday over in the Lake District Mark Wade completed the Scafell Pike Marathon. This was Mark’s most challenging run to date with not only the ascent up Scafell Pike but also sections over boulders which made it difficult underfoot. Mark completed this in 5 hours 36 minutes and was 27thposition overall.