The racing calendar was certainly full this week for the runners of ARC with members racing from as early as the Monday evening.

Monday evening’s race was part of the NEMAA Track Season and saw Alan Wilks compete in the 1500m. Alan Wilks was first place in his age category with a time of 6 minutes exactly.

On Wednesday there were two races participated in. Alan Wilks was again competing. This time he undertook the challenge of the Penshaw Hill race which sees runners ascending to the momument. This three mile race was completed by Alan in 24.09.

The other race on Wednesday was the Dalton Park 5 mile race. We had three members take part in this race. First home was Paul Dalton (running for Quakers) in 29.10 in fourth place overall. He was followed by Mark Bainbridge in 33.54 and John Joseph Richardson in 39.53. 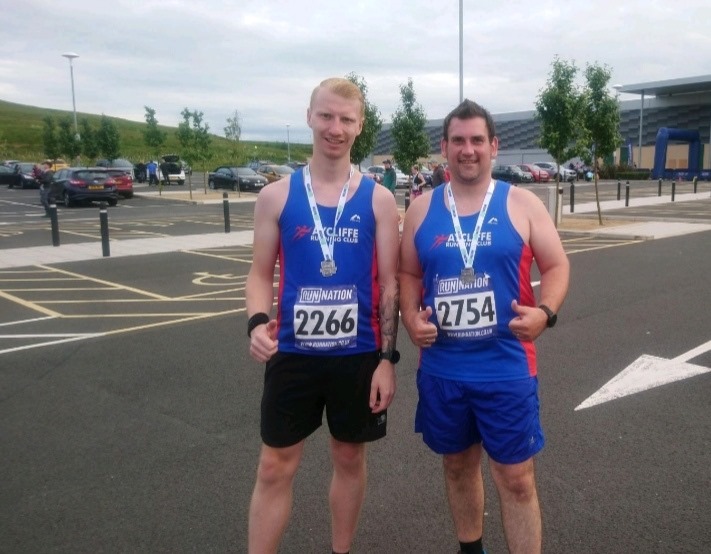 On Thursday we had a good turnout for the NYMAC relays in Stewart Park, Middlesbrough. Despite the heavy rain that fell as everybody was arriving the sun came back out and made for a great night of racing. The relays are 4 x 1 mile and we had 8 teams overall. 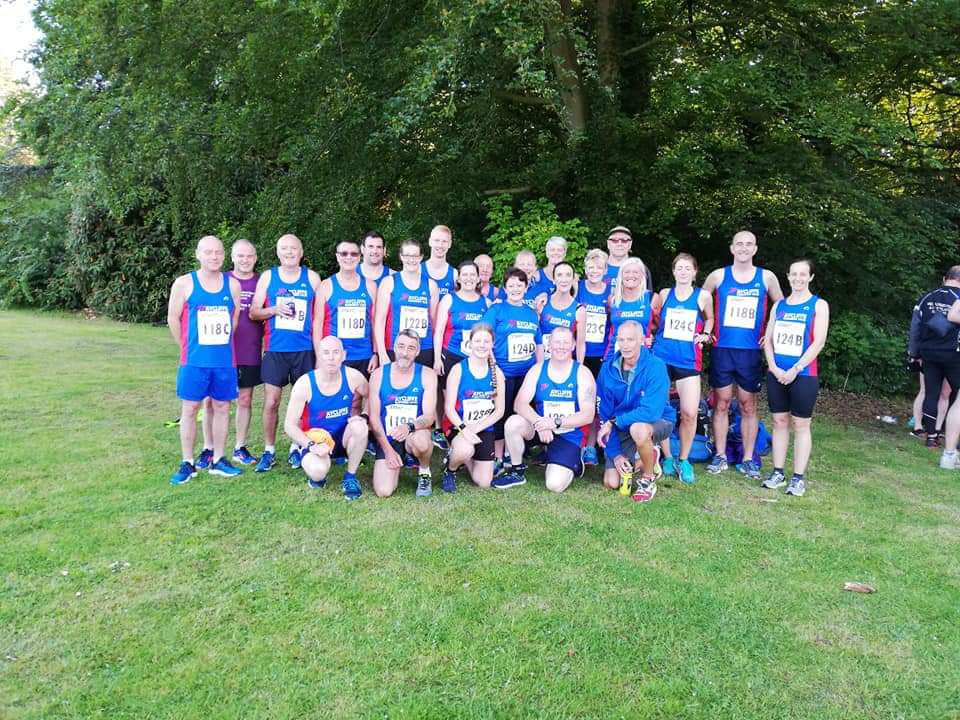 On Saturday Jan McLuckie achieved a PB at Hackworth Parkrun in Shildon in a time of 33.42 whilst at Hardwick Park, Sedgefield, Eve Doe completed her 100th parkrun.

Also on Saturday after taking part in the Druridge Bay parkrun, Richard and Kathleen Tonge participated in the Saturn Runners Operation Overlord. This was named to commemorate the 75th Anniversary of the D-Day Landings and was a 7 hour timed event with varying distances to chose from. The event was a lapped event around the lake in Druridge Bay Park. Richard and Kathleen chose the 10k (6.6 mile) event which they completed in 1.13.24.

Elsewhere we had six members complete the Swaledale Marathon in conditions that were not ideal for the race. First home for the club and 5th place overall was Mark Wade in 3 hours 20 mins. He was followed by Matt Heron 4 hours 24, Jason Dixon, Michelle Dixon and Susan Cranswick all in 5.19, John Heywood and Andrew Lumley both in 6.01, Rob Nicholson in 6.21. 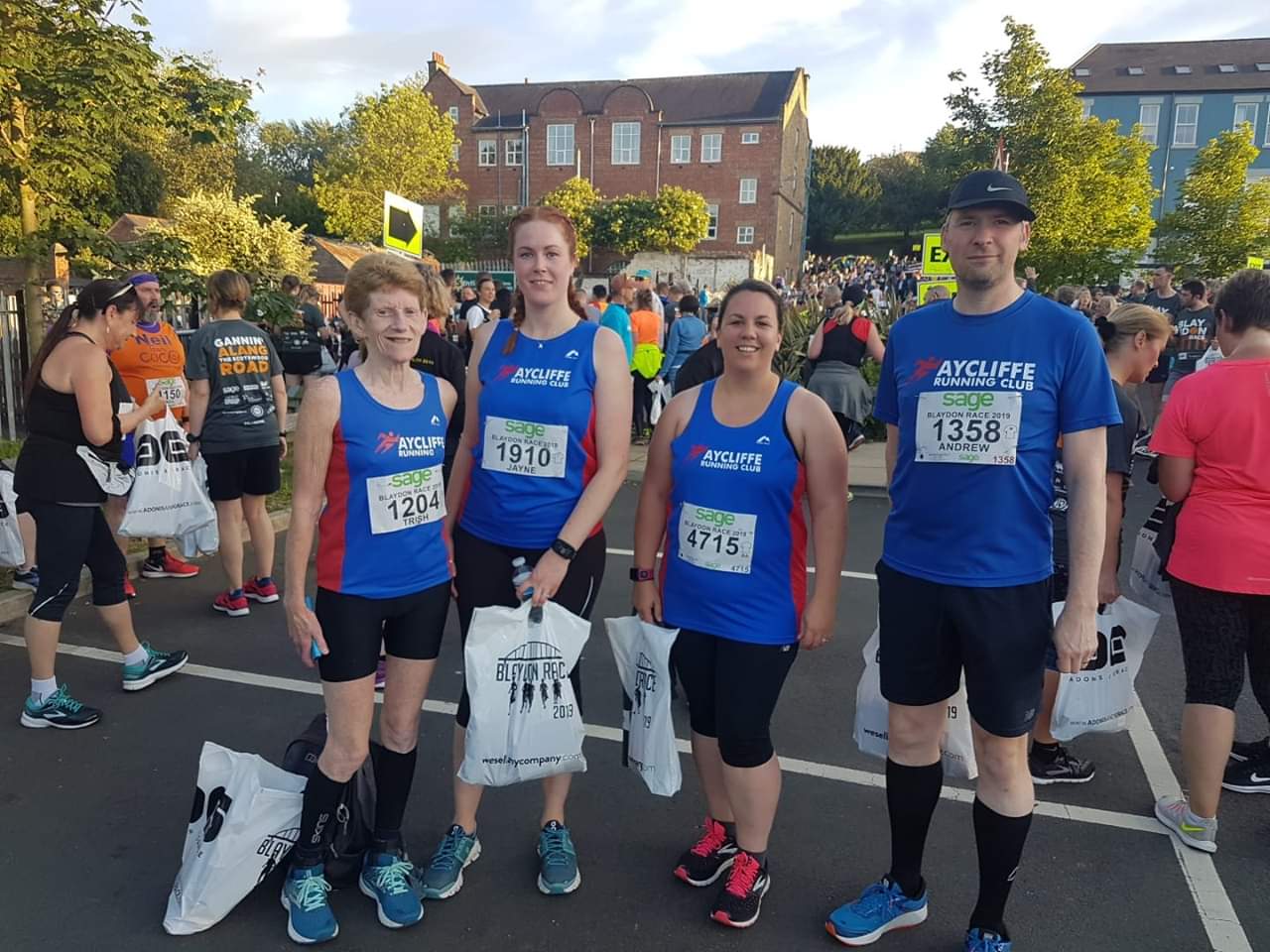 On Sunday two members took part in the Jersey Half Marathon. Father and son John and Robert Young completed this in with Rob being first home in 1.40.29 and John in 2.05.27.

Finally on Sunday evening it was time for the famous Blaydon race. This race starts at Newcastle and of course travels the Scotswood Road to Blaydon.

For anyone interested in joining the club, you can simply turn up at one of our sessions, most of which start from the Oakleaf Complex Newton Aycliffe. Monday night is beginners night at 6.30 p.m, Tuesday is an endurance/speed session from 7 p.m. and Thursday is a track session and this takes place at the Shildon Track with group warm up commencing at 6.15 p.m. Further details can be found on our website or facebook pages or alternatively you can message the club via facebook for more information.