As usual we start with our round up from this weekend’s parkruns, which saw 28 Members turning out across parkrun events at Albert, Darlington South Park, Druridge Bay, Hackworth, Hartlepool and Sedgefield. At Sedgefield, Richard McFARLANE ran his 150th parkrun, whilst at Hackworth parkrun, Bev PHILLIPPO ran a Personal Best (PB) for the course (29:39).

On Sunday morning several Members headed to Pocklington in the East Riding of Yorkshire to take on the popular Snake Lane 10. The ten mile race is held on gently undulating country lanes, with a couple of hills towards the end, and a nice downhill finish into the town centre.

First across the line for the Club was Dez FIELDEN in 1:00.58, which saw Dez placed third in his Age Category (V50) on the day and establish a new Club Record in the same Age Category.

Rob YOUNG was the next Member home, finishing in 1:09.56, and recording a new PB for Rob over the distance.

Angela SUTHERAN was our first lady to cross the line, completing the race in 1:19.30 (PB), with Trish KAY not too far behind in 1:26.35. Trish’s time was good enough to establish a new Club Record over the distance in the F60 Age Category. 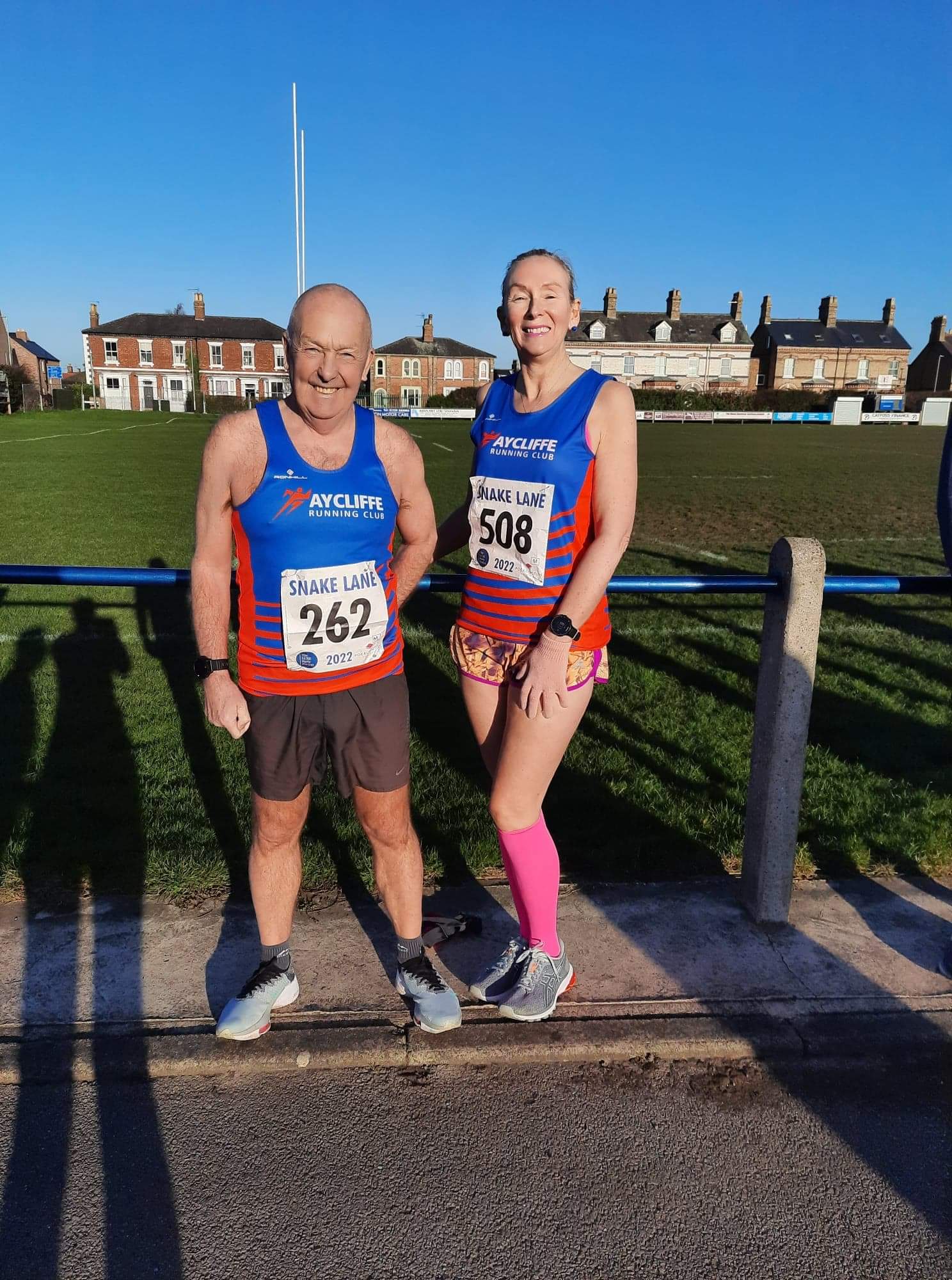 Closer to home, three Members took part in the Baydale 5K, the latest race in the Darlington Trail Series. First home for the Club was David STOTHARD in 27:33.

Melanie ROWLAND was the filling in ‘a Stothard sandwich’, completing the race in 30:02, with Ian STOTHARD the final runner home for Aycliffe RC, finishing in 33:55.