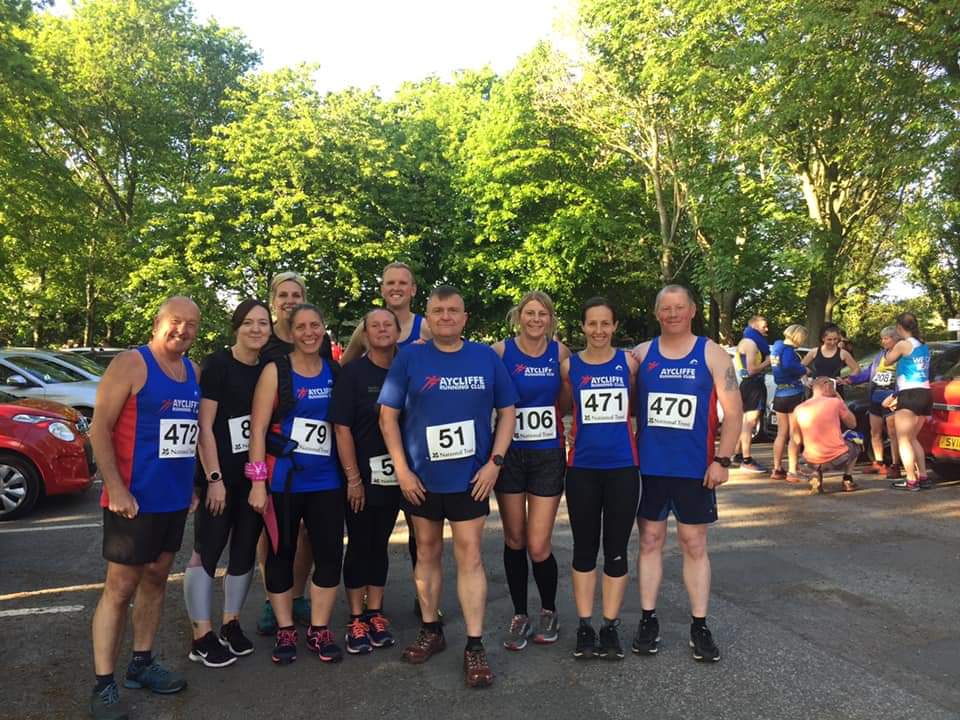 On Wednesday it was the second race in the Tees Trail series. This race Pine Forest, took place at Flatts Lane, Middlesbrough. First home for the club was John Burnside in 24.37, followed by Cyd Denise in 27.18, Sarah Jayne Gill in 29.04 and Jane Burnside in 36.13. 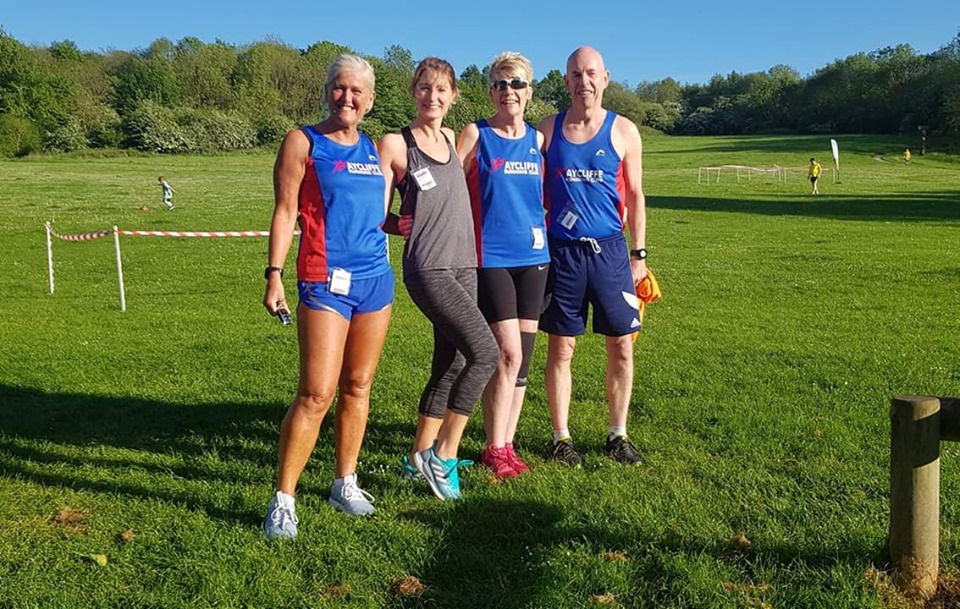 On Saturday it was the start of the racing up in Scotland at the Edinburgh Running Festival. Both the 5k and 10k races took place on the Saturday. In the 5k race Caleb Nicholson, one of our Juniors completed this in 26.37 and he was followed by his grandad Rob Nicholson in 27.08.

In the 10k another of our juniors competed. It was Sarah’s first 10k race and she completed this in 54.25.

In the marathon we had only one member take part. This was Ian Baronowski who was completing his challenge of 4 marathons in 10 week in each of the Countries of the United Kingdom. He has already completed marathons in Wrexham, Belfast and London. He completed the challenge and this last marathon in 5.19.18. 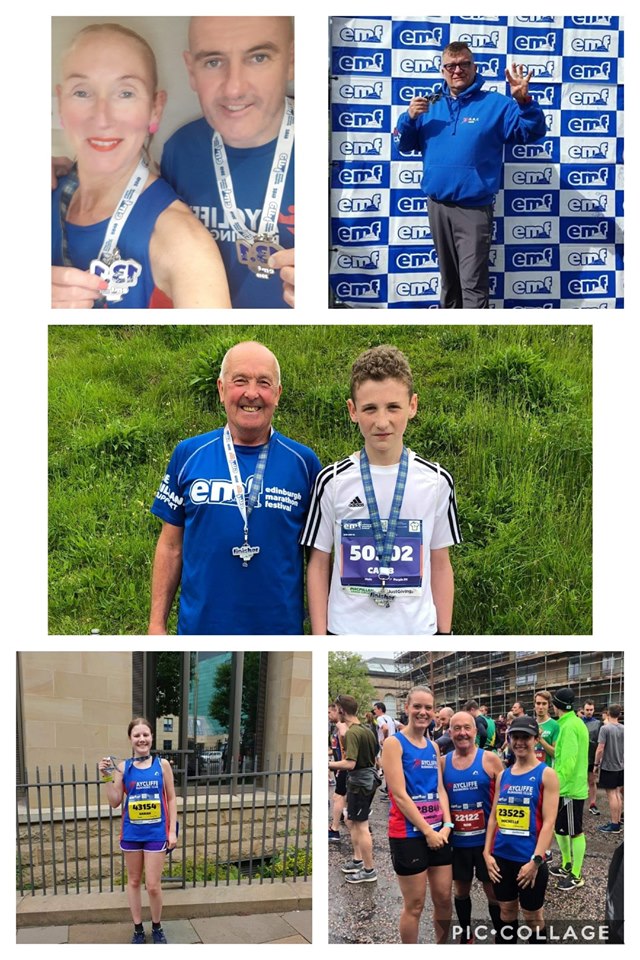 There were also races closer to home on Sunday in which our members took part. First was the Whitsun Woodland Run along the trails at Wynyard. It is approximately 6.5 miles and not an easy race. Despite the rain showers, it remained muggy and warm which made it difficult conditions to run in. First home for the club and 7th place overall was Richard Campbell in 42.57. He was followed by Trish Kay in 54.49, Linda McNamee in 65.21 and Susan Clark in 71.26. 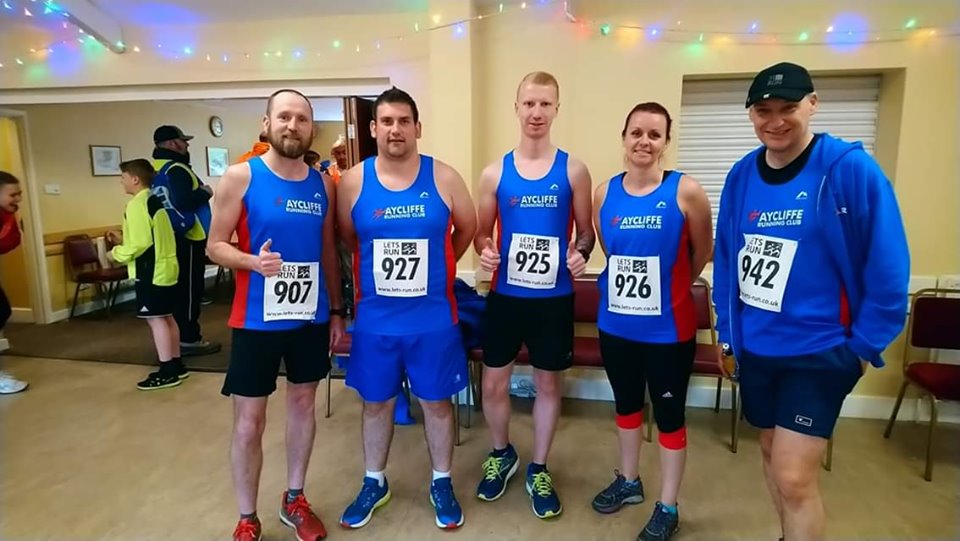 Not too far away we had several members taking part in the Monk Hesledon Trail race in Hartlepool. This is a tough trail race which was approximately measured. First home here and again 7th place overall was Richard Holland in 54.58, followed by John Richardson in 1.06.08, David Stothard in 1.06.43, Mark Bainbridge in 1.10.01 and Nicola Bales in 1.19.37.

A little further away was the Melmerby 10k in North Yorkshire not too far away from Ripon. Four members took part in this race. First home was Paul Dalton in 36.45, followed by Stuart Joyce 43.34, Rob Young 44.44 and John Young in 54.41.

Finally to finish a fantastic bank holiday of racing we had two members take part in the Vitality 10k in London. This race starts on The Mall and takes in many famous landmarks including St Paul’s Cathedral, The Old Bailey, Big Ben and the Houses of Parliament before finishing opposite Buckingham Palace. We had two members, husband and wife, take place in this. Kathleen Tonge was first back in 58.45 followed by Richard Tonge in 1.01.45. 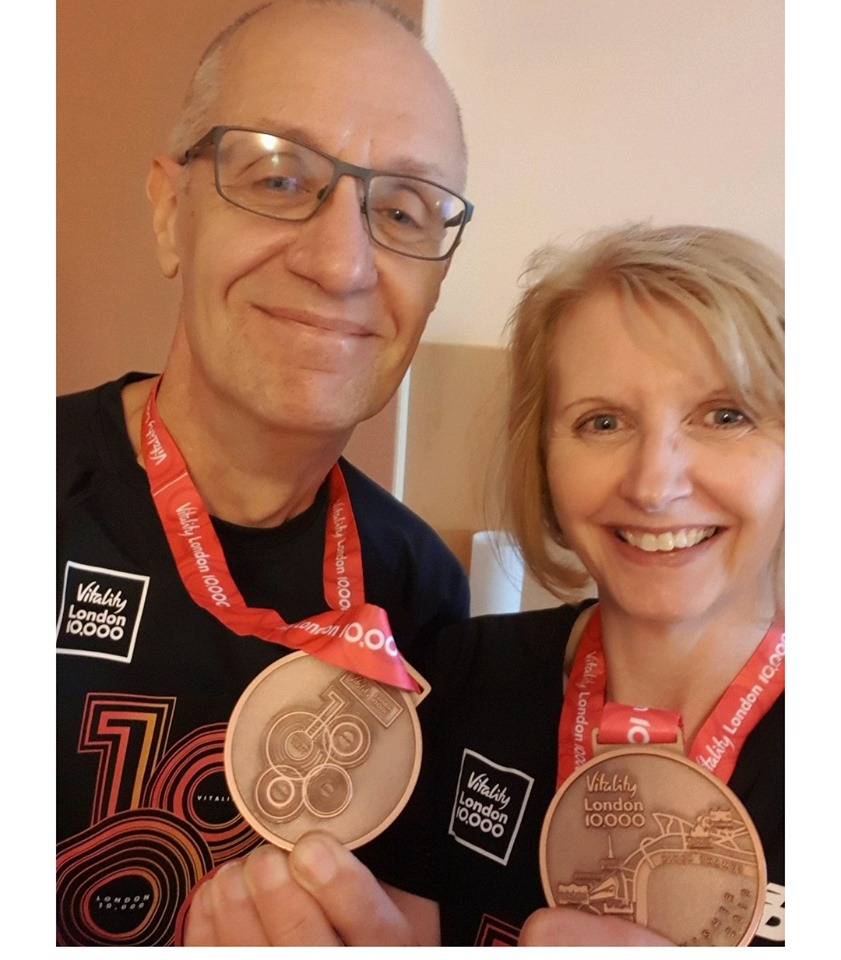