On 31July, one Member competed in the James Herriot trail run.  Conditions for the race were ideal after some early rain with Dave BLEWITT completing the 14k race in a time of 81:33 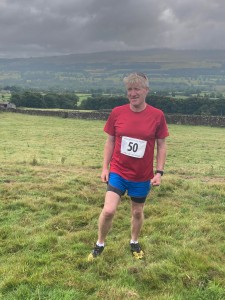 Saturday morning was a busy one for Members with a total of 18 members beginning their weekend with a Parkrun.  The Club was represented at a whole array of races across the country at the Albert Park, Frimley Lodge, Coventry, Sedgefield, Hackworth, South Shields, Hartlepool, Keswick, Leazes, and Jubilee events.

Clare STRADLING competed at Albert Park, finishing in a time of 23:52, which was a best time for that particular course and only one second off her Personal Best for any Parkrun.

Over in Keswick, Craig ROBINSON completed this event for the first time, finishing in a time of 30:26.  At Jubilee Parkrun, both Tracey PICKERING and CLIFF PICKERING set new personal bests for this course with times of 36:09 for Tracey and 36:38 for Cliff.